Another week where investors overlooked rising Covid19 cases, vaccine efficacies and growth concerns: major global equity markets ended the week higher, with the US markets rallying after the Fed chair’s Jackson Hole speech indicating a gradual removal of stimulus measures this year; Europe’s Stoxx600 closed higher, helped by commodity linked stocks; MSCI Asia ex-Japan rose as well, posting its best weekly gain since Feb. Regional markets showed a mixed picture, with Tadawul clocking in a second consecutive weekly loss while Egypt and Dubai gained upwards of 2%. Among currencies, dollar slipped after Powell’s speech while the British pound posted a 1% weekly gain. Brent and WTI oil prices closed higher by more than 10% (on supply concerns after companies shut production ahead of Hurricane Ida) – the biggest weekly gains since Jun 2020 – while gold price also gained by 2% compared to a week ago. 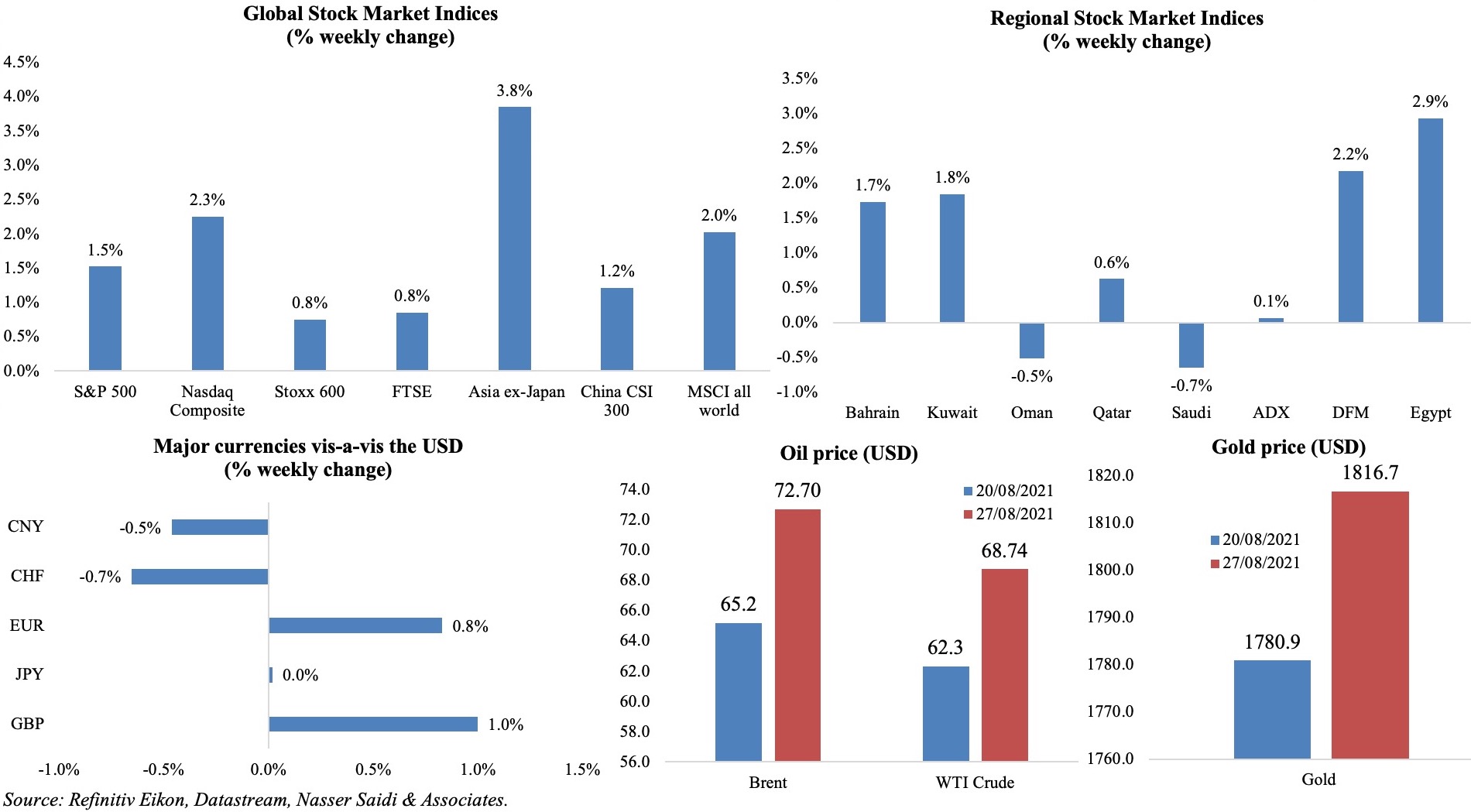 Bottomline: Preliminary PMI readings for Aug have mostly been on the lower side compared to Jul, with most respondents citing supply side disruptions as one of the key factors dragging down production. At the Jackson Hole meeting, the Fed Chair focused on strong US labour market improvements (“clear progress” towards the maximum employment goal) and signaled the onset of tapering while warning about the risks of tightening prematurely. Markets, including emerging markets, can no longer count on a steady injection of liquidity – be on the lookout for vulnerable corporates & countries with high debt exposure. With mixed signals in the markets (weaker demand from parts of Asia facing a resurgence in Covid19 cases, calls by US President for reversal of production cuts), the OPEC+ meeting this week to potentially revive oil production will be closely watched: we expect OPEC+ to ease supply cuts as planned for Oct (though the Kuwait oil minister reportedly stated that “there may be a halt to the 400k bpd increase”).

What are SDRs and how might Lebanon use them? L’Orient Today (with Dr. Nasser Saidi’s comments)

Nemesis: Why the west was doomed to lose in Afghanistan

Is There a Nuclear Option for Stopping Climate Change?

The Arab League has done little for its members in nearly 70 years (with Dr. Nasser Saidi’s comments) 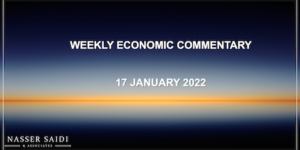 Markets US equity markets had a disappointing week, weighed down by Covid disruptions and surging 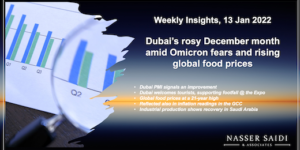 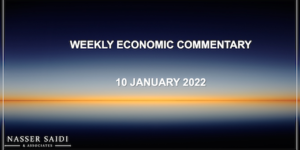 Markets It was a rough start to the New Year for equity markets: investor concerns