Dow, S&P 500 and Stoxx600 posted record highs at the end of last week, thanks to a strong jobs report in the US and an overall good earnings season; Chinese stocks recorded their biggest weekly gains since late Jun after sharp drops the previous week given the regulatory crackdown. Regional markets had a good run during the week despite rising geopolitical tensions; Abu Dhabi’s exchange hitting a record high early in the week. Among currencies, the dollar index increased especially against safe havens JPY and CHF (biggest gains since Jul) while both EUR and GBP fell. The delta variant worries gained momentum causing oil prices to drop (anticipating a decline in demand for oil): both Brent and WTI prices fell by more than 7%, recording its biggest weekly loss in 4 and 9 months respectively. 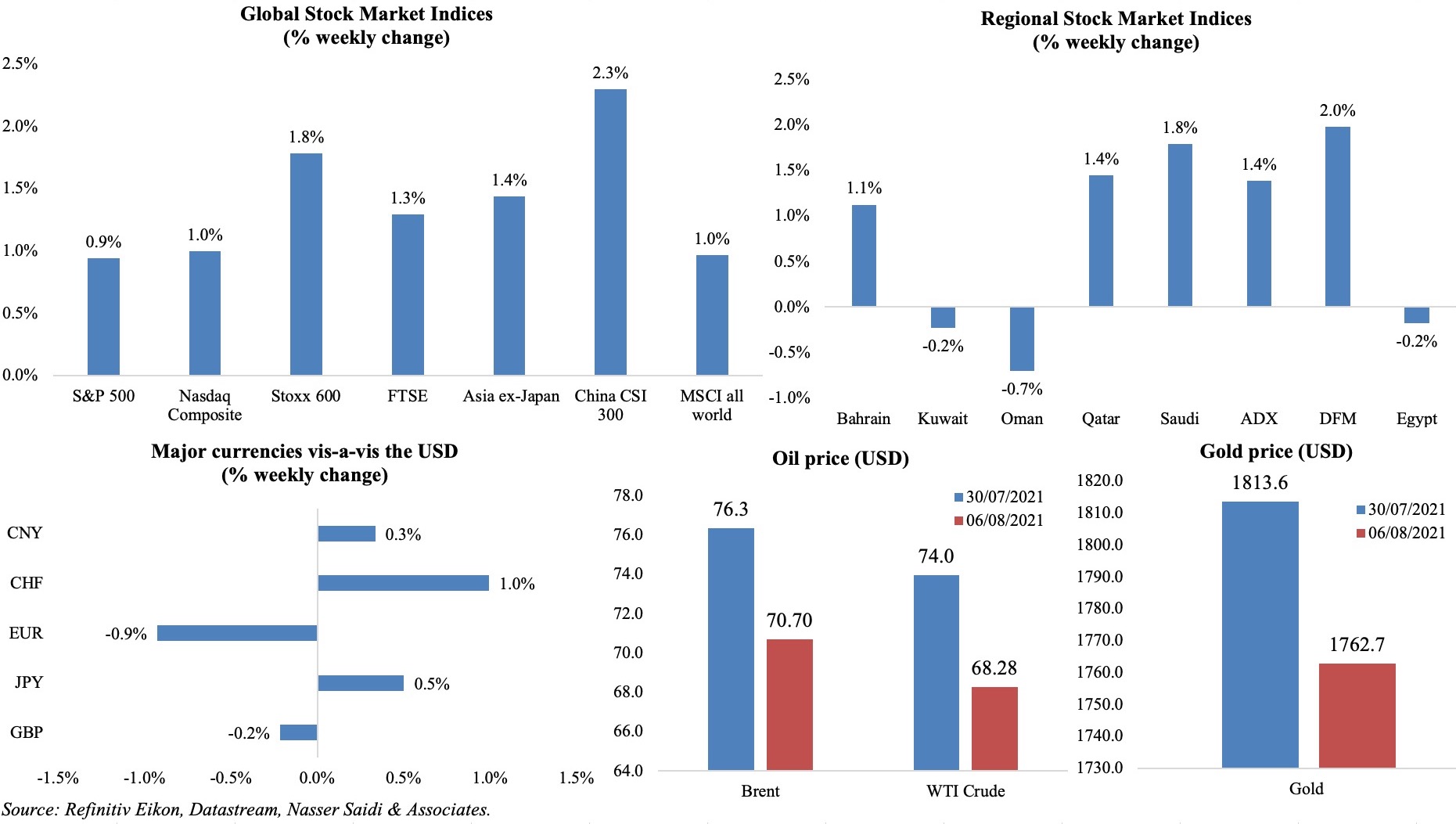 Bottomline: Overall, the global economy continued on its recovery path -albeit at different rates with Europe now catching- during Q2, despite the Delta Covid variant. The JPMorgan global manufacturing PMI expanded for the 13th month, though inching down to 55.4 in Jul (Jun: 55.5). PMI numbers weakened in China and US (Covid19 daily cases reached the highest in the current outbreak in China and a 6-month high in the US), while Europe remained a success story, witnessing a surge in activity after lifting of Covid19 restrictions amid strong domestic and overseas demand even though logistics delays persisted, and inflationary pressures remained elevated. Covid19 surges in many ASEAN nations is likely to prolong supply chain delays: factories are likely to remain closed (e.g. China, Thailand, Vietnam to name a few) as governments try to contain the spread of the virus variant.

How climate targets compare against a common baseline

The Dangers of Endless Quantitative Easing

China’s nanny state: why Xi is cracking down on gaming and private tutors