Comments on hyperinflation in Lebanon in L’Orient Today, 21 Jul 2021 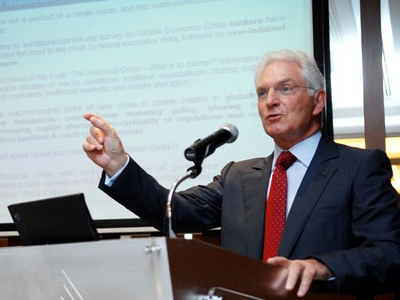 Dr. Nasser Saidi’s comments were published as part of the article titled “With Lebanon edging closer to hyperinflation, a family of five now pays five times the minimum wage for food each month” in L’Orient Today; these are copied below.

Nasser Saidi, a former economy and industry minister, warned that although the country has not yet crossed the hyperinflation threshold, salary stagnation, especially in the public sector, is likely to push it there. Workers in several sectors, including transportation, education and banking, have already held multiple strikes to protest worsening living conditions.

As the security forces and other public sector employees up their demands for a so-called cost-of-living adjustment, Saidi told L’Orient Today, “politicians and parliamentarians will want to placate pressure in the streets [and] vote for a [cost-of-living] adjustment, leading to an increase in government spending financed by printing money, which will then lead to hyperinflation. That is the looming, likely scenario.”