Markets
US equity markets closed at record highs on Fri, in spite of disappointing payrolls numbers, though the Nasdaq ended the week lower (the worst decline since early Mar); the optimism ran across Stoxx600 (led by utilities and tech shares) and the MSCI global equity markets benchmark index. Regional markets were mostly up; Saudi Arabia, where some weaker-than-expected earnings were reported, posted a 1.8% loss. Among major currencies, the pound and euro gained against the greenback. Oil prices were near 7-week highs, with Brent near the USD 70-mark as many countries proposed easing of restrictions thereby improving demand outlook. Gold price increased by around 3.5% from the week before, posting its best weekly gain since Nov 2020. Other commodities like palladium and copper continued to soar to record highs on worries over short supplies.
Weekly % changes for last week (6-7 May) from 29 Apr (regional) and 30 Apr (international). 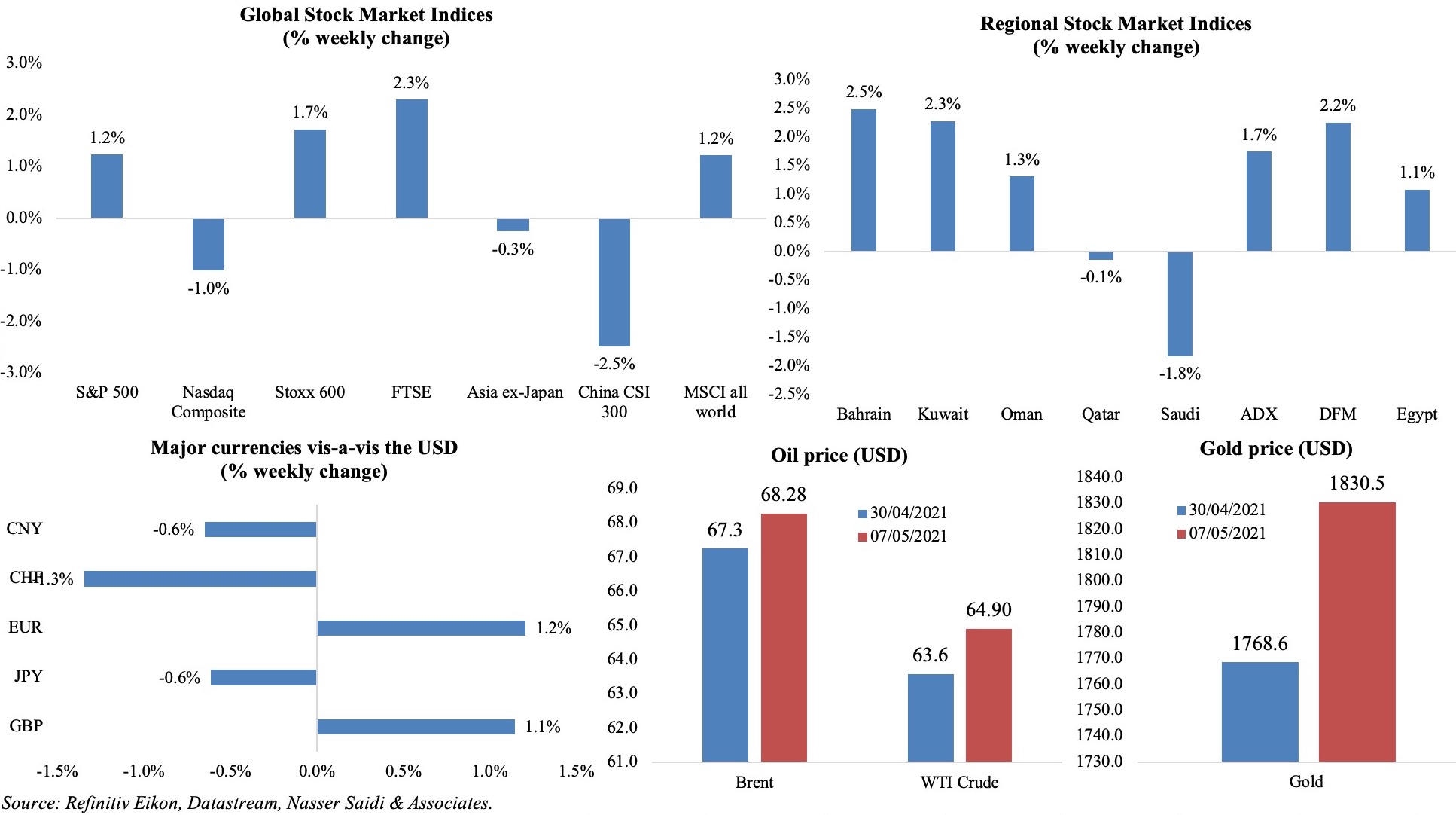 Bottomline: Global manufacturing PMI increased to 55.8 in Apr, the best since Apr 2010, with 21 out of 24 nations reporting improvements in business conditions. Expansion in output and new orders supported job creation though record supply chain delays are leading to production constraints while input costs rose at the fastest rate in a decade. Many EU nations are relaxing restrictions given improvements in the vaccination pace, while the UK’s green list announcement has led to a surge in bookings (a good sign for the travel/ tourism/ hospitality sector); many nations on UK’s “amber” list could move into green before the summer holidays begin. A similar surge in travel is expected in the US where President Biden set a new goal of vaccinating 70% of adults by Jul 4th. However, without widespread vaccination globally, the risks of new variants remain: in Africa, less than 1% of the population has been vaccinated and in Asia just 4.4%, while Covid is rampant in India.
Regional Developments