Markets
Equity markets fell across the board last week, with only FTSE in the green among major markets, as economic data weighed in on sentiment (while the US seems to be on a strong recovery path, Q1 growth dipped in the Eurozone and China’s PMI fell below levels seen last year). Though Stoxx fell compared to a week ago, it was just below its all-time high while the MSCI’s world stocks gauge hit a historic high during the week. Regional markets were mostly subdued while Saudi Arabia ended the best performer (following an uptick on Wednesday, thanks to the Crown Prince’s views during a televised interview). The dollar posted its largest monthly fall since Dec at end of Apr while the yen hit a 2-week low versus the greenback. Oil prices were at near 6-week highs on strong US data and a weaker dollar and gold was down by 0.5%. Meanwhile, copper and aluminum prices have been rallying, with the former above the USD 10k per tonne mark for the first time in over 10 years.
Weekly % changes for last week (29-30 Apr) from 22 Apr (regional) and 23 Apr (international). 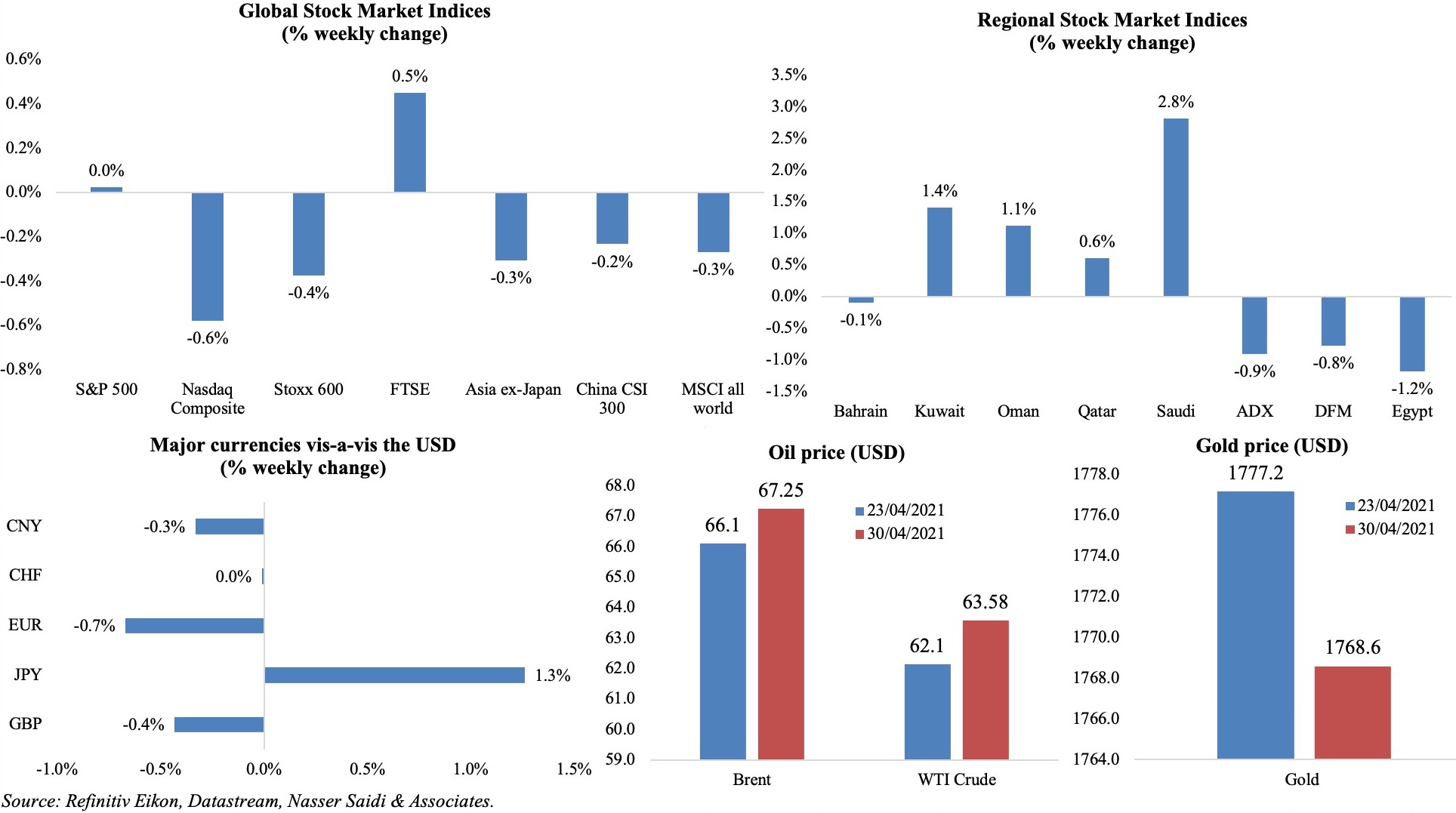 Bottom-line: India’s Covid19 cases have continued to rise at 300k+ daily cases for 10 days now, and yet another state announced a 2-week lockdown today (many others have imposed night and/or weekend lockdowns) that will sharply affect growth and recovery prospects. Amid the Covid19 rising cases (in Brazil, the death toll crossed 400k), at last week’s OPEC+ meeting it was decided to stick to the current plan to gradually raise production. Demand threat notwithstanding (India is the 3rd largest oil importer), there are also supply threats given the ongoing Iran-US nuclear talks – a potential lifting of sanctions would allow Iran to supply its oil in the global market. On the calendar this week is the Bank of England meeting – watch out for whether the Bank decides to slow pace of its bond purchases (like Canada did a few weeks back).
Regional Developments