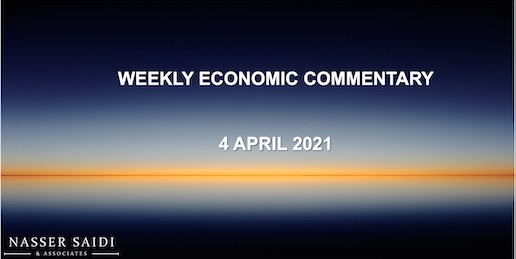 Markets
Equity markets had a good run last week, with the S&P closing above 4000 for the first time, on Biden’s infrastructure spending plans (markets were closed for Good Friday when the strong non-farm payrolls data were released); German DAX hit a record high, while Stoxx600 ended Q1 up 7.7%, posting the 4th straight quarter of gains. Nikkei hit a 2-week high while China’s CSI300 index closed at an almost 4-week high. Regional markets were mostly up: Saudi markets cheered the Shareek plan to galvanise domestic investment while Abu Dhabi closed Mar with a record high. The dollar gained for a 3rd consecutive week, remaining around its strongest level since Nov. Oil prices rallied after the OPEC+ decision to gradually raise oil production from May and Brent closed around USD 64 per barrel. Gold price eased to USD 1728.8 an ounce.
Weekly % changes for last week (1-2 Apr) from 25 Mar (regional) and 26 Mar (international). 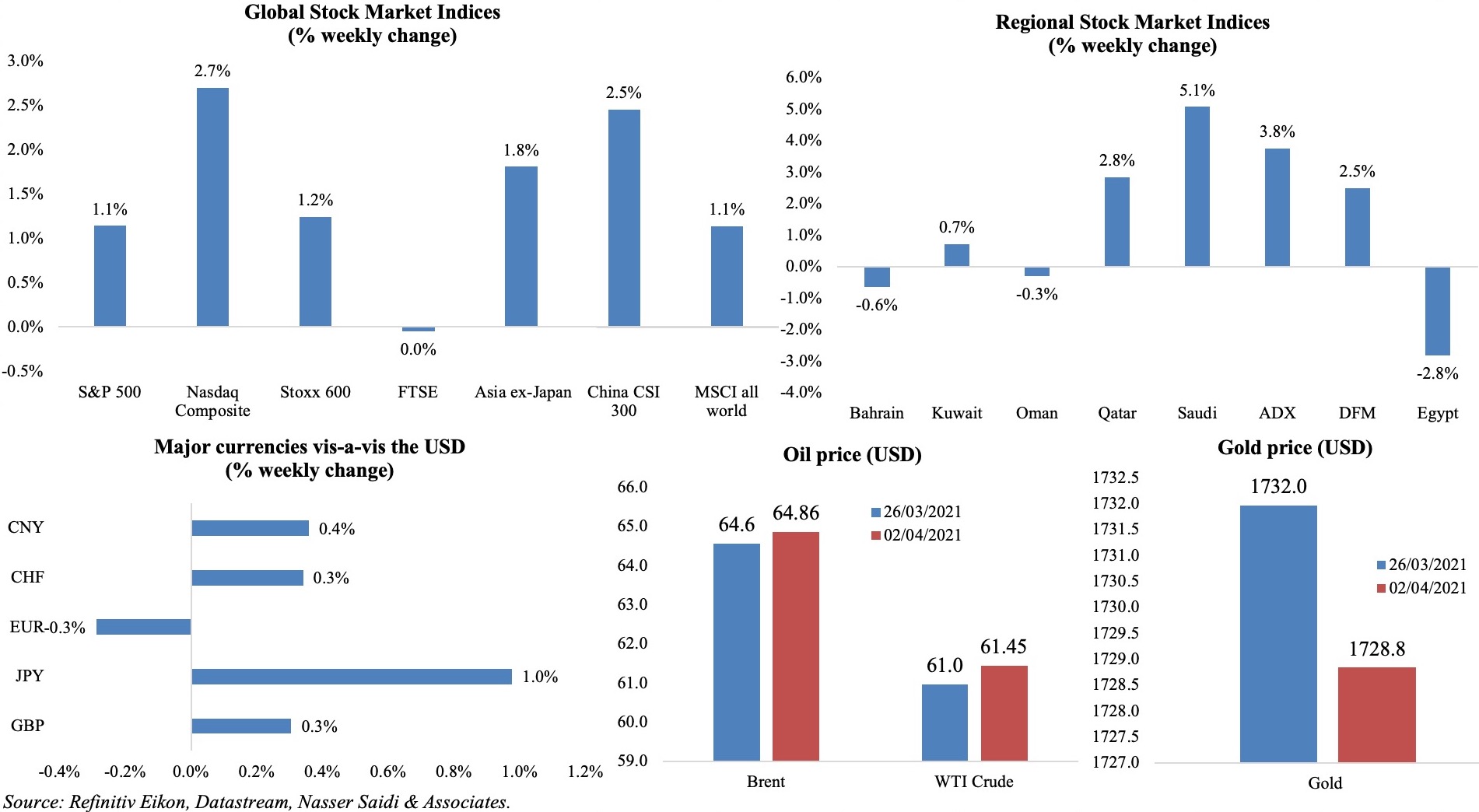 Bottom line: Notwithstanding new Covid19 case highs and new restrictions/ lockdowns, the WTO forecasts volume of global merchandise trade to increase by 8% in 2021 (following 2020’s 5.3% drop). Global manufacturing PMI also rose to a 10-year high in Mar, with euro area, US and Taiwan leading the uptick; but overall conditions continue to be affected by supply chain disruptions and inflationary pressures. The IMF will release its World Economic Outlook report this week: an upward revision in growth rates is expected (in Jan, forecast was for 5.5% growth this year), thanks to additional policy support (fiscal, liquidity injection) and potential of a vaccine-supported recovery. Meanwhile, OPEC+ decided to increase output gradually from May-Jul (i.e. nearly 2 million barrels per day over the next three months) though Saudi Arabia has called for a “cautious stance”. We believe it is unlikely that oil demand will pick up to its pre-Covid19 pace soon: Covid19 variants, new waves and related lockdowns are likely to weaken demand; in spite of the fast pace of vaccinations in US, UK and other countries, a rebound in demand will be delayed till most nations achieve herd immunity.
Regional Developments