Citing security concerns, banks shut down and the minute they re-opened, were unable to accommodate depositors frantically trying to withdraw their savings. There were no more dollars in the country, and the state could not come up with logical answers as to where the money had vanished.
The lion’s share had been consumed by the Central Bank of Lebanon, which insisted on an overvalued pegged exchange rate, says Nasser Saidi, an economist, former economy minister, and ex-deputy governor of the Central Bank.
Speaking to Gulf News, he explained: “To protect an overvalued Lebanese pound, the Central Bank started borrowing at high interest rates to pay maturing debt and debt service.” The result, he added was “confidence evaporated, reserves [were] exhausted, with the Central Bank unable to honour its foreign currency obligations and Lebanon defaulting on its March 2019 Eurobond.”
But that was not the only reason, he added. Another was the steady economic collapse in neighbouring Syria, to where Lebanese dollars were smuggled daily since mid-2019, also at highly inflated prices. Last April, Prime Minister Hassan Diab gave an additional reason for the downward trajectory, saying that $5.7 billion in deposits had been smuggled out of the country during the first two months of the year, further adding to the liquidity crunch. 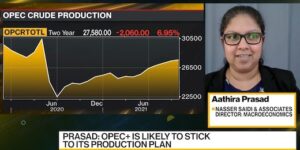 Aathira Prasad joined Manus Cranny on 16th of Nov, 2021 as part of the Bloomberg 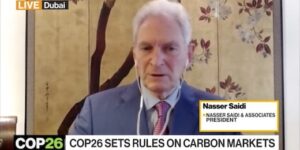 Comments on Saudi and others sanctions on Lebanon in CNN Arabia, 3 Nov 2021