Markets
Weekly gains were posted across equity markets last week – thanks to the US stimulus bill and ECB’s dovish tones – with the Dow hitting a record high (as inflation worries eased), the MSCI World index posting a strong gain and the Stoxx600 closing at its highest level since Feb 21st, 2020. Among regional markets, Saudi was the best performer, recording its fifth consecutive weekly gain. The dollar closed lower last week, posting its biggest drop in 4 weeks. Oil prices fell slightly after gaining more than 10% over the past 2 weeks while gold price grew by 1.5%, its best week in 11. Bitcoin surpassed $60k while talks of its environmental impact gains speed.
Weekly % changes for last week (11-12 Mar) from 4 Mar (regional) and 5 Mar (international). 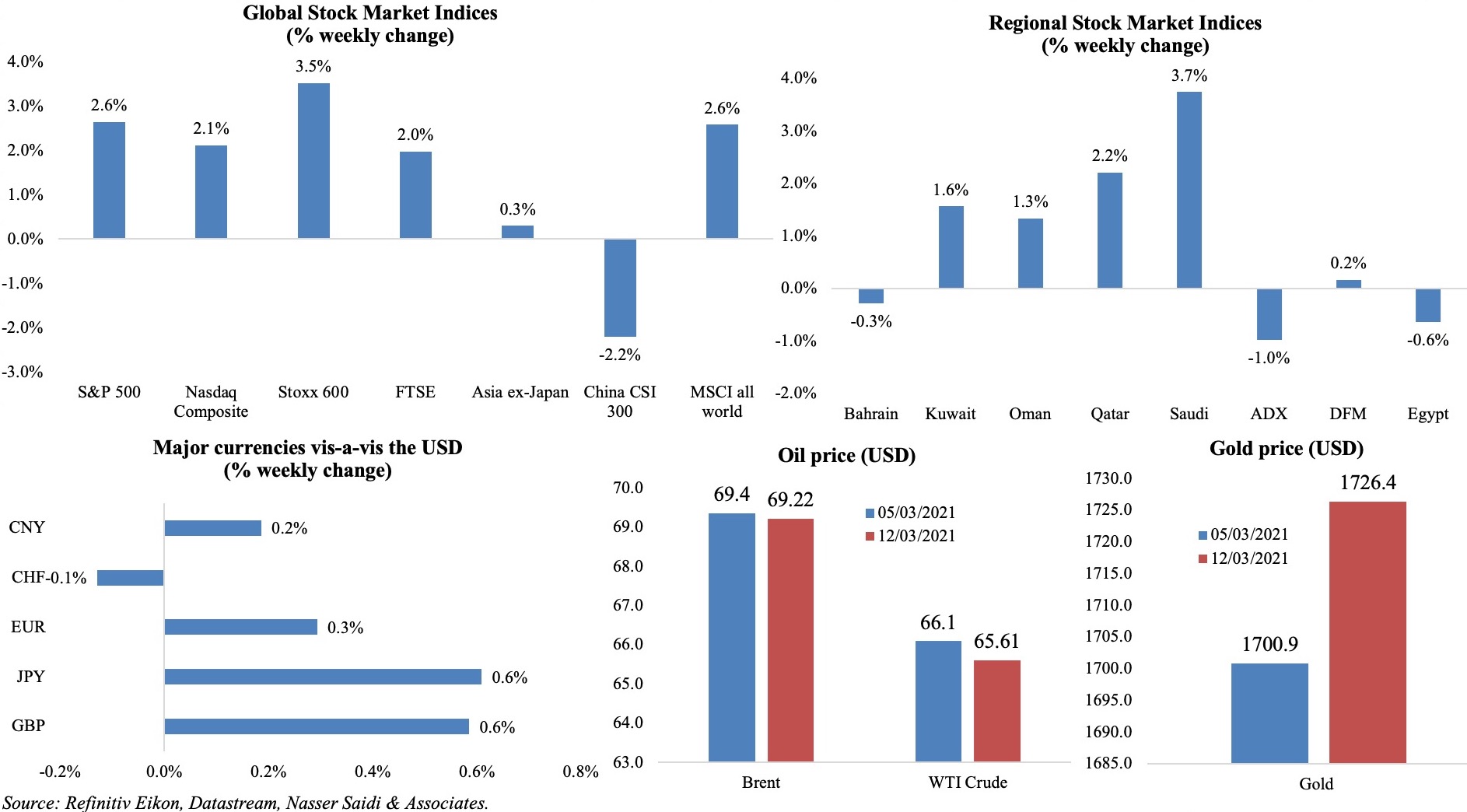 Bottom line: India posted the highest single-day spike in Covid19 cases this year as Italy prepares for an Easter lockdown, calling into question the pace of global recovery. While the US President accelerated vaccine plans and set July 4th as a return to near-normal, in Europe the vaccine rollout has been varied (UK’s high 36.5 doses per 100 persons to 10.3 in Germany, France and Italy). Major central banks are set to meet this week: investors are likely to be on the lookout for talk about asset bubbles, yields (US treasuries 10Y yields were above 1.6% last week- the highest in a year) and inflation rates rising. Emerging markets are likely to embark on rate hikes (even as economies are still reeling under the effects of the Covid19 epidemic), on inflationary pressures and as borrowing costs rise.
Regional Developments