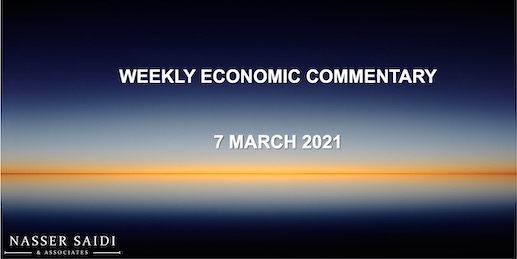 Markets
Mixed performance across global equity markets: tech-heavy Nasdaq declined while in Europe, the Stoxx600 index gained on support for sectors likely to benefit from a bounce back; the MSCI all world index managed to eke out a 0.1% gain.  Regional markets were mostly up on the week, though both Egypt and Qatar ended in the red on selling pressures. The dollar strengthened, resulting in the yen touching a 9-month low and the Swiss franc falling to a 7-month low. OPEC+’s move to maintain oil supply restrictions through Apr along with Saudi Arabia’s voluntary cuts extension drove oil price up to near 14-month highs. Gold price dropped to below USD 1700, for the first time since Jun 2020.
Weekly % changes for last week (4-5 Feb) from 25 Feb (regional) and 26 Feb (international). 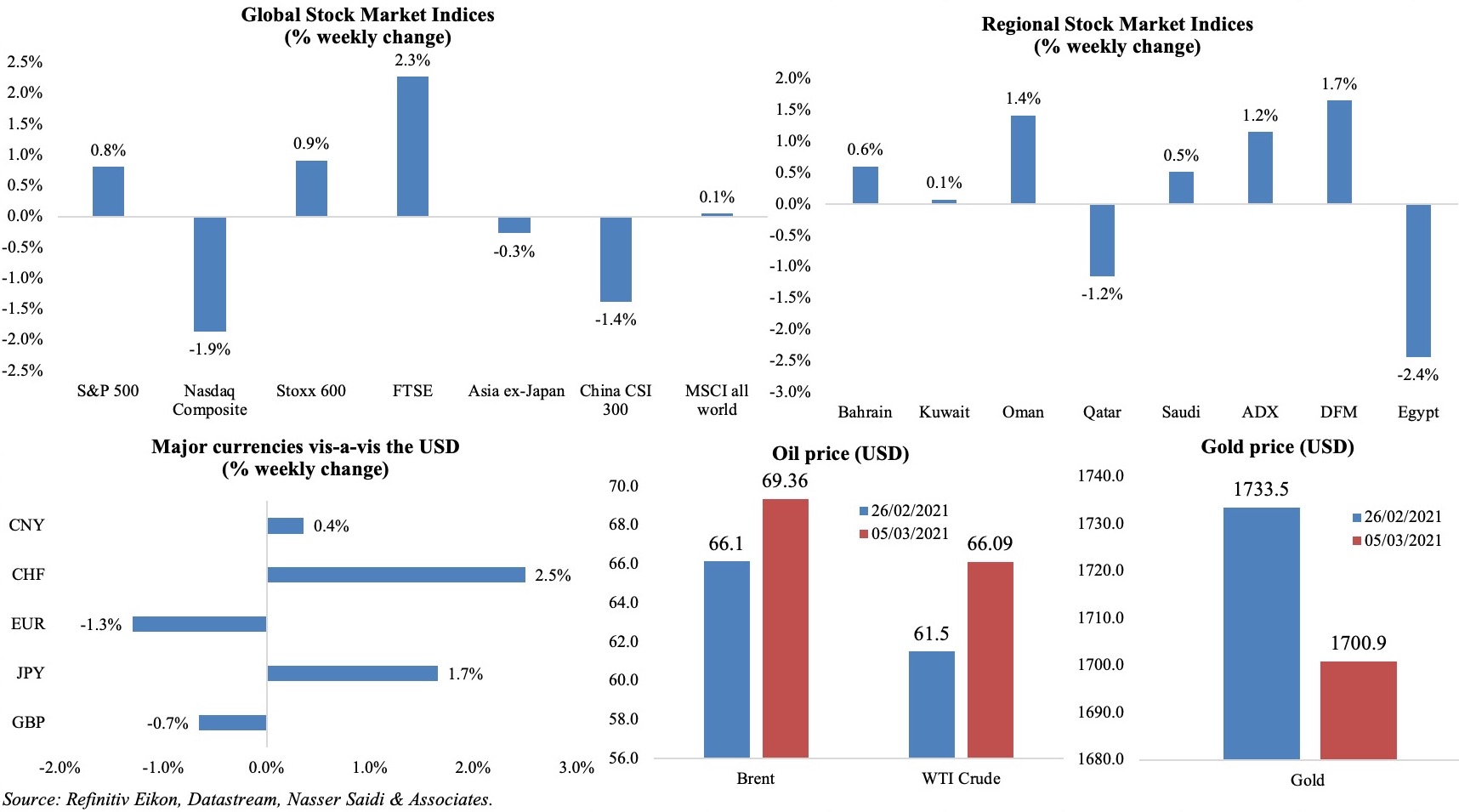 Bottom line: As vaccination drives gather speed, the WHO confirmed on March 1st that the number of confirmed Covid19 increased globally for the first time in 6 weeks as a result of the spread of multiple variants and premature easing of restrictions. Meanwhile, global manufacturing PMI rose to a 3-year high of 53.9 in Feb (Jan: 53.6), in spite of the growth of new order intakes easing to a five-month low and as inflationary pressures continue to build. Fears of a taper tantrum are also hitting hard: the IIF reported daily outflows (for the first time since Oct) of about USD 290mn from emerging markets, compared with daily inflows of about USD 325mn in Feb this year.
Regional Developments