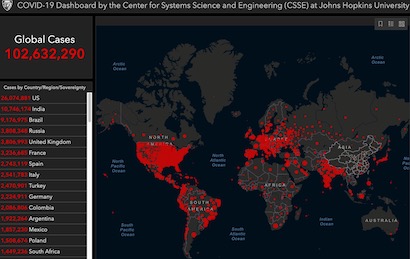 Download a PDF copy of this week’s economic commentary here.

After the retail trading havoc subsided, major equity markets across the globe had a good week: Nasdaq and S&P 500 hit new highs, as expectations of stimulus deals supported market sentiment while the published Q4 earnings showed US firms performing better compared to their European counterparts. Regional markets were mostly down, with many markets introducing restrictions to dampen the rise in Covid19 cases. Among currencies, the dollar hit a near-three-month high vis-à-vis the yen during the week, but a 2-month low against the euro. Oil advanced to hit the highest level in a year, inching closer to USD 60, after OPEC+ extended production cuts, falling inventories and expectations of vaccination drives leading to faster economic recovery; gold price fell. 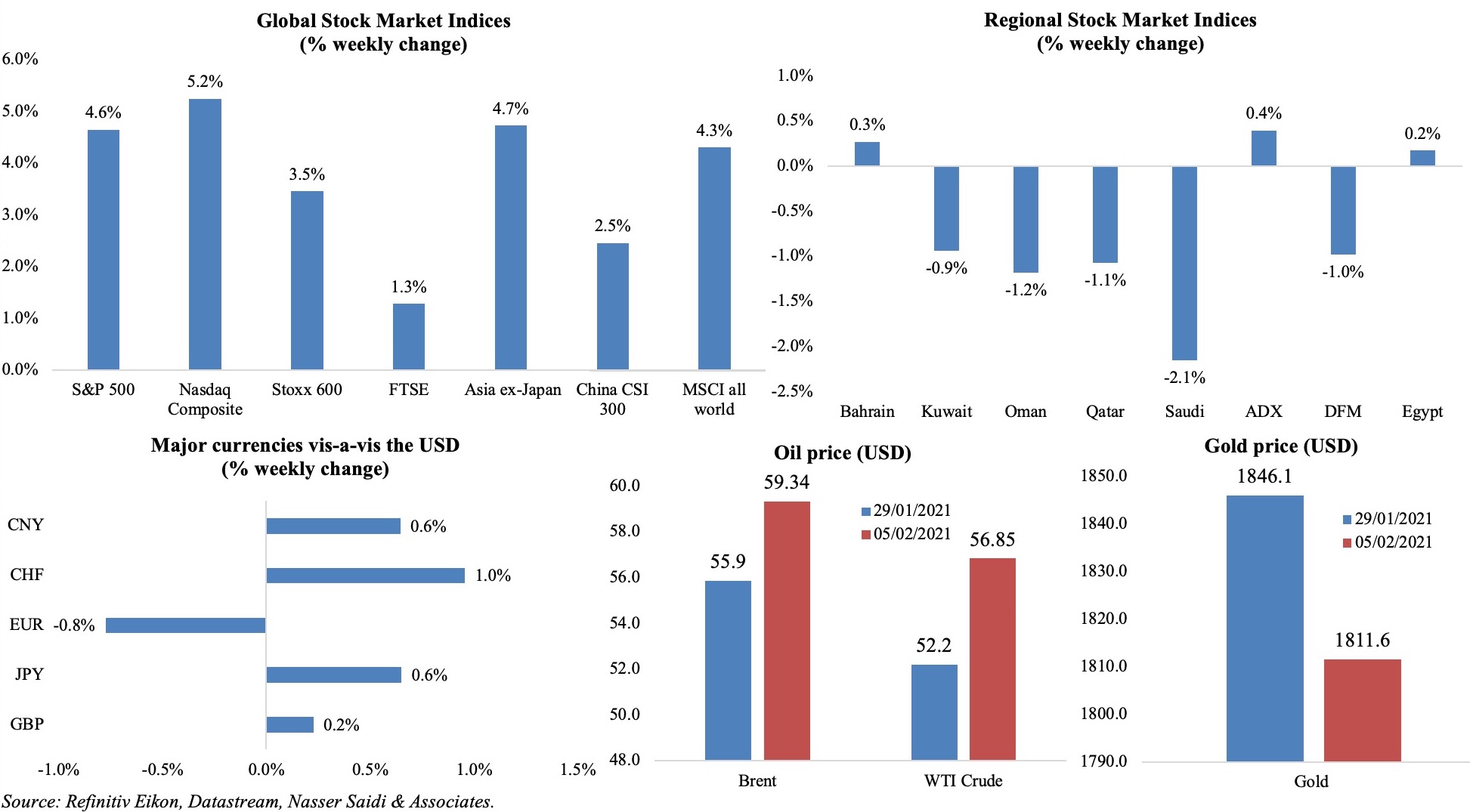 Bottom line: A spate of global PMIs were released last week: the main sticking point was stretched supply chains/ logistics delays leading to longer input delivery times, thereby building up price pressures. Global food prices have also hit their highest in 7 years, driven by higher grain prices. The situation is taking a turn for the worse, especially in highly import dependent nations: case in point is Lebanon where a family is estimated to spend about 11% of monthly (minimum) wages to have a pack of bread daily. Separately, in spite of vaccine delays and related logistical issues, the total number of vaccination doses administered across the globe (127.8mn) surpassed the overall number of confirmed Covid19 cases (105.8mn). At this pace of vaccination, Bloomberg analysis estimates that it would take 7 years for life to return to normal (i.e. vaccinating 75% of their populations)!

The Perils of an Uneven Global Recovery

What the favourite stocks of r/wallstreetbets have in common