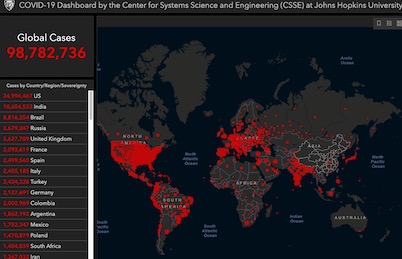 Download a PDF copy of this week’s economic commentary here.
Markets
Equities across the globe ended the week in positive territory after posting record highs on Thurs and in spite of slipping on Fri: in the US, it dropped on weaker earnings as well as potential for pushback in the Congress for President Biden’s spending plans; in Europe, markets were dragged down after weak economic data; Asian markets fell on profit taking and also given worries on China’s Covid19 restrictions. In the region, markets were mixed: UAE posted weekly gains though higher Covid cases and new restrictions led to a drop later in the week. The dollar slipped, the euro and pound were higher by 0.7%, while bitcoin lost its charm, down 12.3% ytd – posting its worst weekly performance since early 2020 – as regulatory chatter increased. Oil prices fell after an unexpected increase in US inventories and worries of lower demand due to a second wave/ restrictions in China; spot gold prices gained.
Weekly % changes for last week (21-22 Jan) from 14 Jan (regional) and 15 Jan (international). 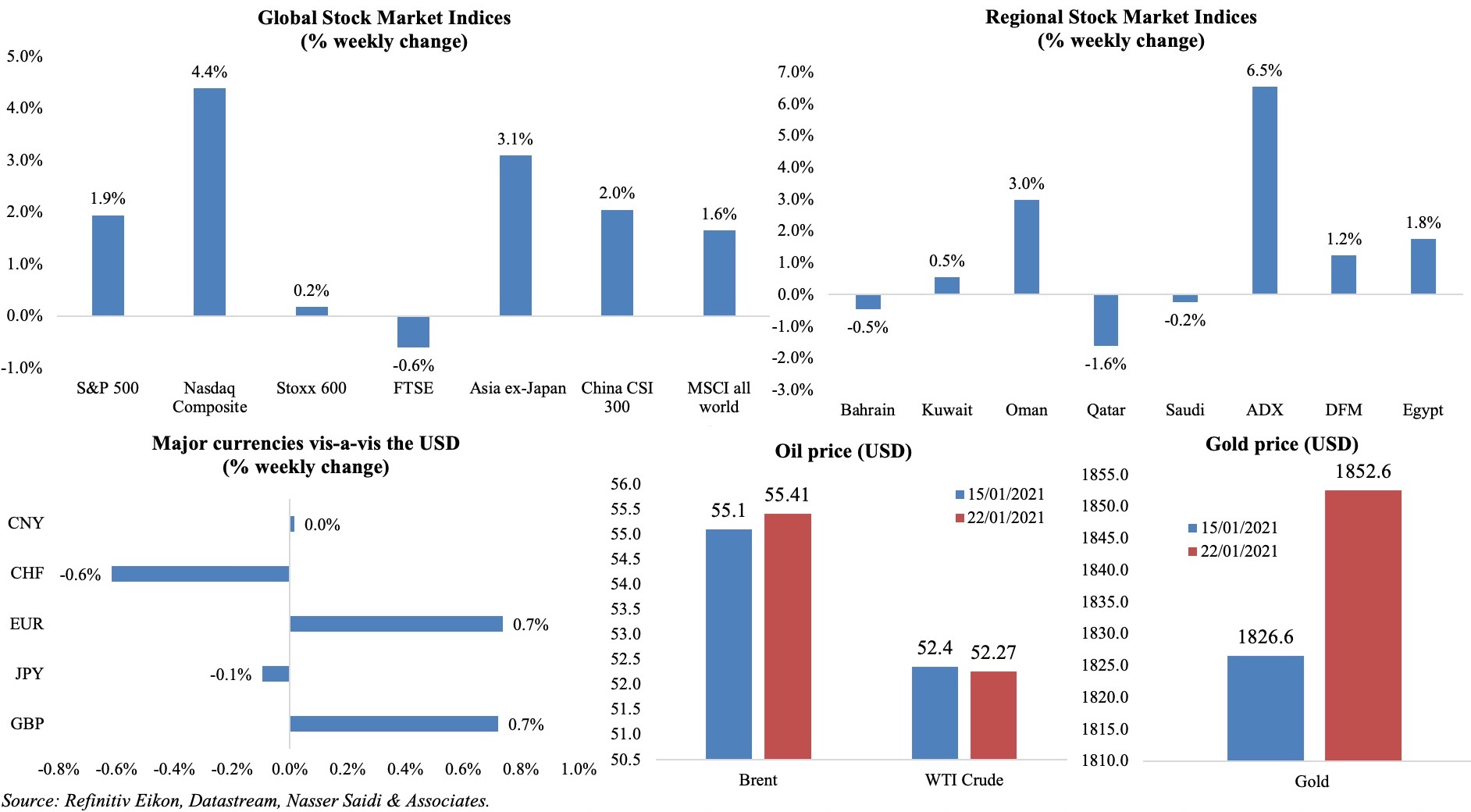 Bottom line: Flash PMI estimates from Europe confirmed that while business activity declined due to increased restrictions, the decline was milder compared to the plunge following initial lockdowns. Germany continues to be the driver of economic activity and manufacturing fared well vis-à-vis services. But, all signs point to double-dip recession given the ongoing rise in Covid19 cases and restrictions. While China’s GDP posted a positive growth last year, an uptick in new Covid19 cases and restrictions are raising concerns of a potential demand weakening.
Regional Developments