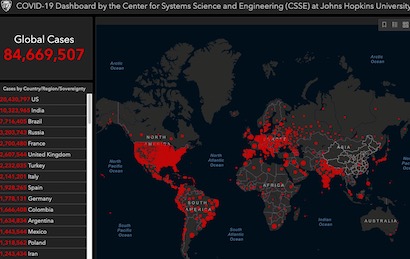 Download a PDF copy of this week’s economic commentary here.
Markets
US equities closed on a high note last year (S&P 500 up more than 16% and Nasdaq more than 40%), as did China (+27% gain), while not surprisingly, UK’s FTSE 100 index had the worst annual performance since 2008. Regional markets were mixed: Saudi and Qatar equity markets posted modest annual gains while Egypt declined the most (-22.3%). Among currencies, dollar fell almost 7% versus a basket of currencies – the biggest drop since 2017 – while the pound, euro and yen gained. Oil rebounded to USD 51 last week, though ended almost 20% lower vis-à-vis 2019 while gold price was up more than 24% – the best annual performance since 2010.
Weekly % changes for last week (31 Dec-1 Jan) from 24 Dec (regional) and 25 Dec (international). 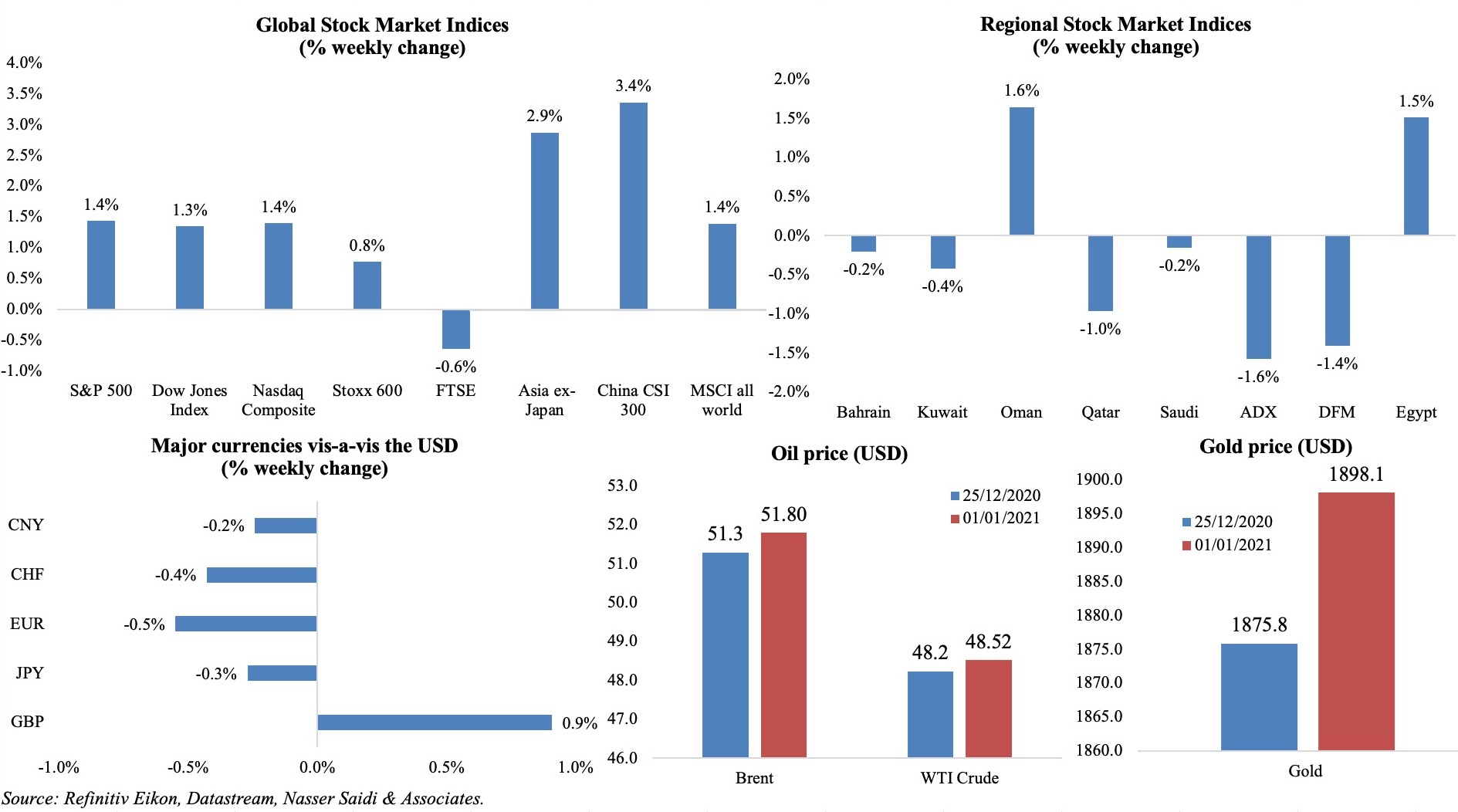 Bottom line: 2020 ended on a brighter note what with Covid19 vaccines being rolled out across the globe, but inoculations happening at a faster pace in some nations than the rest. This is happening alongside a surge in Covid19 cases (given the new variants and holiday season) and extensions of restrictions/ lockdowns: seems a probable scenario till herd immunity is achieved with widespread vaccinations. With the Brexit trade deal finalised so close to the deadline and the drama concluded (?!), the focus is now on the OPEC+ (monthly) meeting this week: a will they or won’t they question, especially weighing vaccine optimism (and higher oil prices by 6-8% in Dec) with potential demand decline due to the fast-spreading Covid19 variant. Russia has already indicated a preference to raise production, which would be beneficial for countries under severe budgetary pressure (like Iraq).
Regional Developments

Media Review
How the pandemic is worsening inequality: FT
https://www.ft.com/content/cd075d91-fafa-47c8-a295-85bbd7a36b50
Is an infrastructure boom in the works?
https://www.economist.com/finance-and-economics/2021/01/02/is-an-infrastructure-boom-in-the-works
China’s Pro-Monopoly Antitrust Crusade
https://www.project-syndicate.org/commentary/alibaba-anti-monopoly-investigation-cpc-by-minxin-pei-2020-12