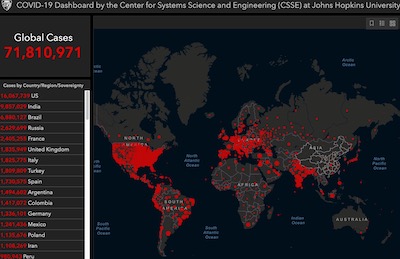 Download a PDF copy of this week’s economic commentary here.
Markets
Equity markets in the US declined, as new stimulus talks dragged on with a consensus unlikely to be reached before Christmas; pan-European Stoxx was down after 5 weeks of gains and MSCI World declined by 0.5%. Regionally, most markets were down while the UAE markets gained on news of the Sinopharm vaccine’s efficacy and potential resumption of activities in Abu Dhabi within the next few days. The dollar index gained; while sterling slipped on prospects of exiting EU minus a trade deal the Chinese yuan is on its longest expansionary streak since 2014 (rising vis-a-vis the greenback for the past six months). Oil prices faltered after hitting USD 50 a barrel during the week on demand worries, and gold price gained.
Weekly % changes for last week (10-11 Dec) from 3 Dec (regional) and 4 Dec (international). 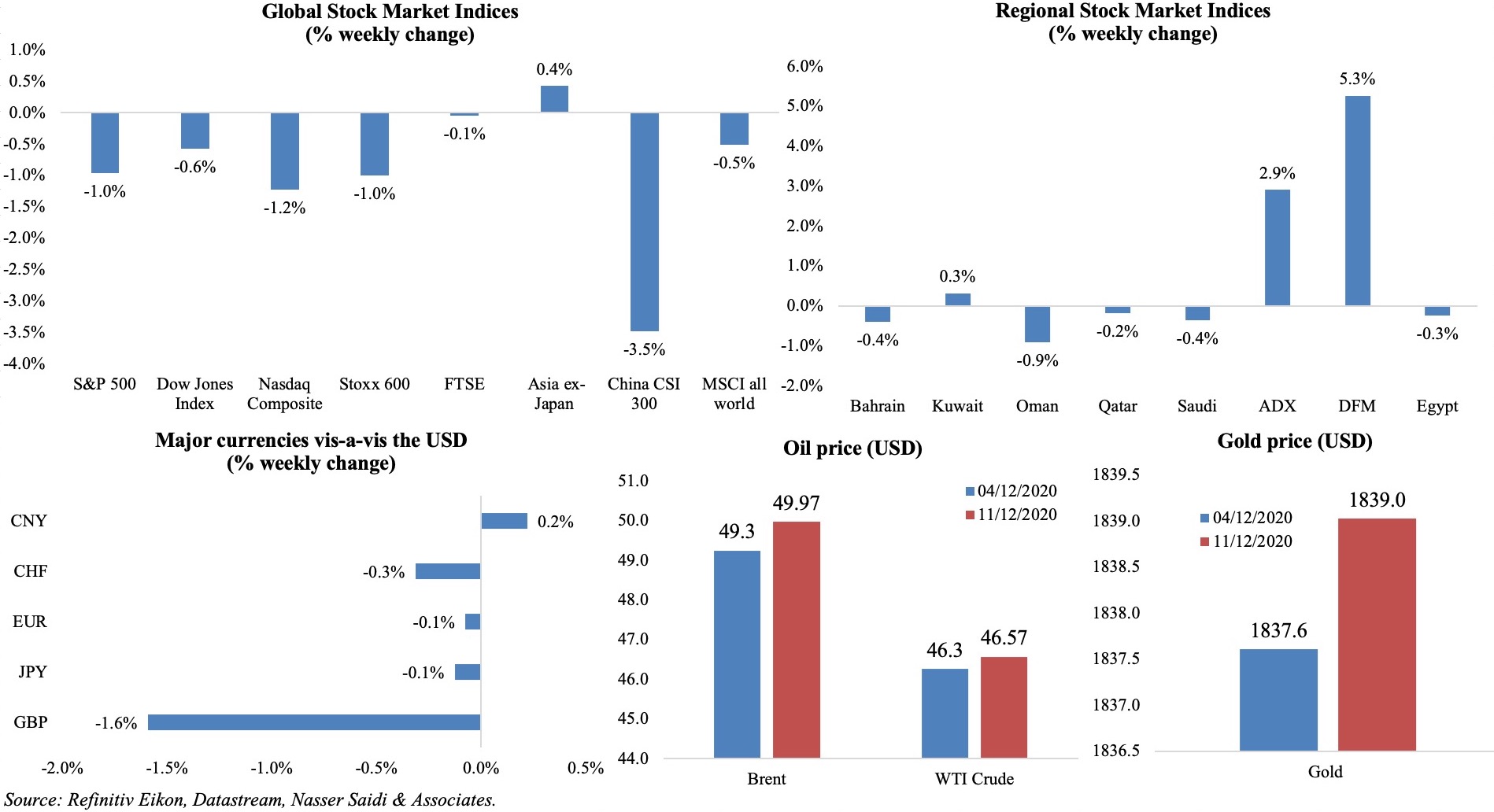 Bottom line: Brexit talks continued last week, with both parties warning that a trade deal seemed unlikely by the Sunday deadline, though negotiations will continue. Will the Bank of England meeting this week see another stimulus plan, given year-end Brexit potentially sans a deal? The Fed also meets this week, most likely continuing on its dovish rhetoric and calling for continued stimulus given the surge in Covid19 cases (1mn cases were added in just 4 days and hospitalizations hit a record high for a 7th consecutive day on Sat). The positive note is that regulatory approvals have been forthcoming across the globe, with many nations starting vaccinations.  However, while the airline industry will support distribution of vaccines globally, its success is also dependent on the last mile delivery hurdles and vaccine storage facilities.
Regional Developments