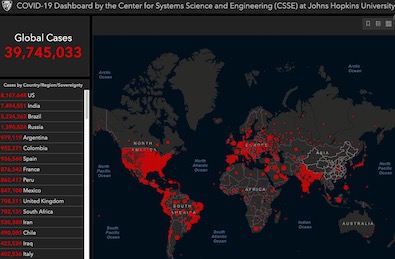 Download a PDF copy of this week’s economic commentary here.
Markets
Rising Covid19 cases globally (posting a daily record of 400k on Fri) and tightening of restrictions in Europe spooked investors, amid UK’s PM asking businesses to brace for a no-deal Brexit and fading hopes for stimulus in the US before the elections led most markets across the globe down compared to a week ago. Chinese stocks were up for the week for the 3rd consecutive time. Regional markets were mixed: Saudi Arabia’s bank merger news was received positively while in Dubai, banking stocks pulled the index down. The pound took a battering among currencies, while the safe-haven Swiss Franc posted a weekly gain. Oil prices remained almost flat last week, though new Covid19 cases and restrictions will dampen demand; OPEC+ officials stated that demand is “still looking anaemic” and that it had been recovering slower than expected. Gold price remains around the USD 1900 mark.
Weekly % changes for last week (15-16 Oct) from 8th Oct (regional) and 9th Oct (international). 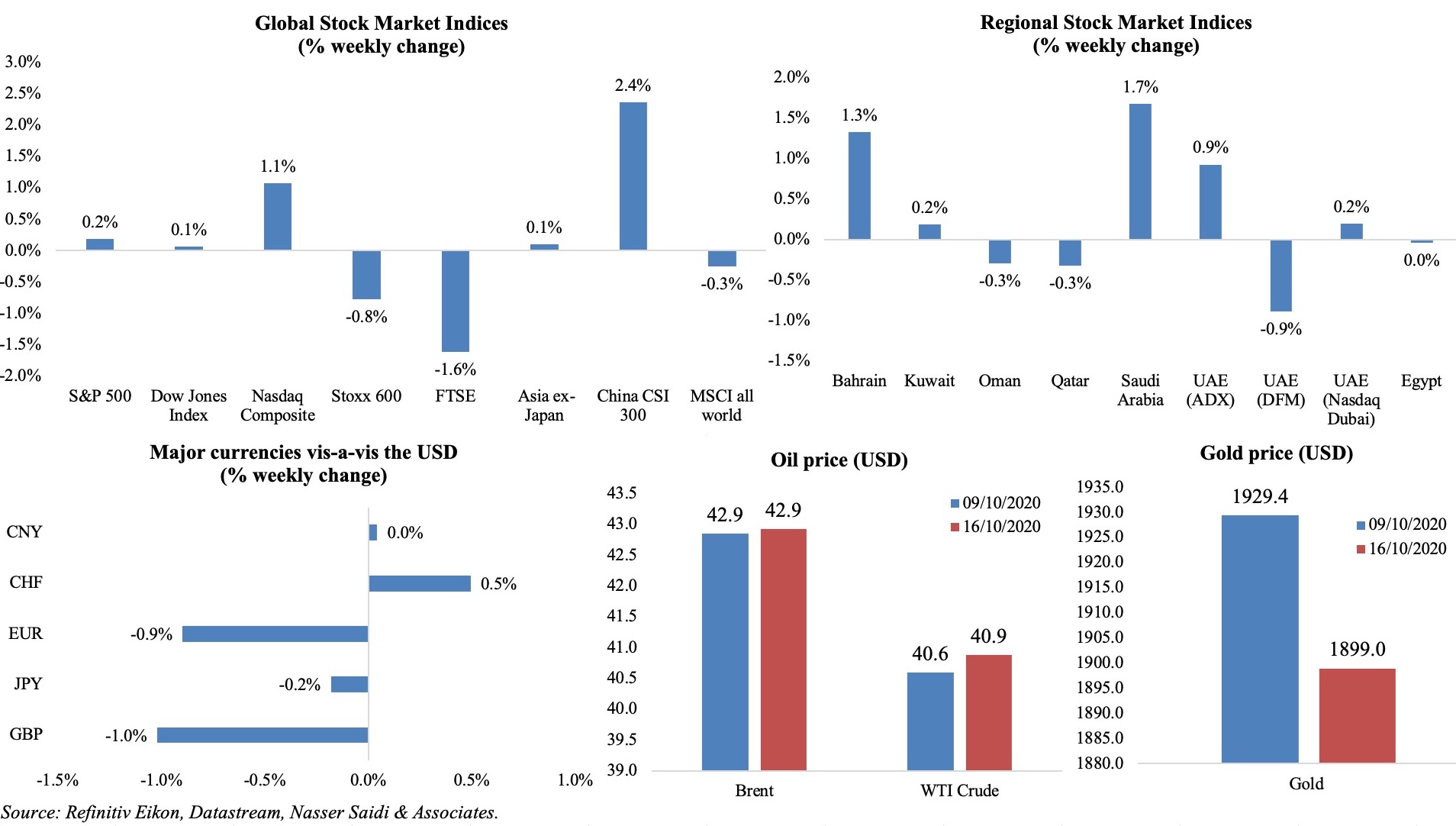 Bottom line: According to Reuters, Europe is currently reporting a million new infections about every nine days, resulting in new Covid19 restrictions being imposed across some parts. With a new wave of infections and no definite indication of when a vaccine will be rolled out, the global economy seems poised for a very slow recovery. This was evident in the IMF’s recent World Economic Outlook, which forecasts global growth declining by 4.4% this year, before rebounding by 5.2% next year. There is a distinct divergent pattern as well: advanced nations growth is estimated to drop by 5.8% this year versus the emerging markets’ 3.3%; recovery is also touted at 3.9% and 6% respectively next year. Separately, the World Bank’s chief economist warned that government borrowings during the pandemic and a looming debt crisis could result in a full-blown financial crisis. Though the G20 offered temporary relief to 73 countries last week by extending a suspension of debt-service payments until next Jul, the question remains whether this move is sufficient.
Regional Developments