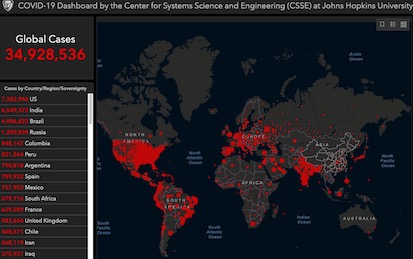 Markets
Stock markets gained compared to the week before, though declining towards the end of last week: with Trump testing positive for Covid19 and the next round of fiscal stimulus likely to be held up by political bickering (the House already approved the USD 2.2trn relief package) in the US, continuing Brexit negotiations and the latest wave of Covid19 hitting record highs in many countries, investors are getting uneasy. In the region, most markets gained slightly though in Kuwait, the main index posted its biggest intraday fall on news of the Emir Sheikh Sabah al-Ahmad al-Sabah’s death. The pound fell on Brexit-related news, while the yen gained on its safe haven asset stance. Oil prices slipped below USD 40 a barrel last week (touching a 4-month low) on tepid demand alongside higher global crude oil output; gold price gained on heightened uncertainties, posting its best week in eight. 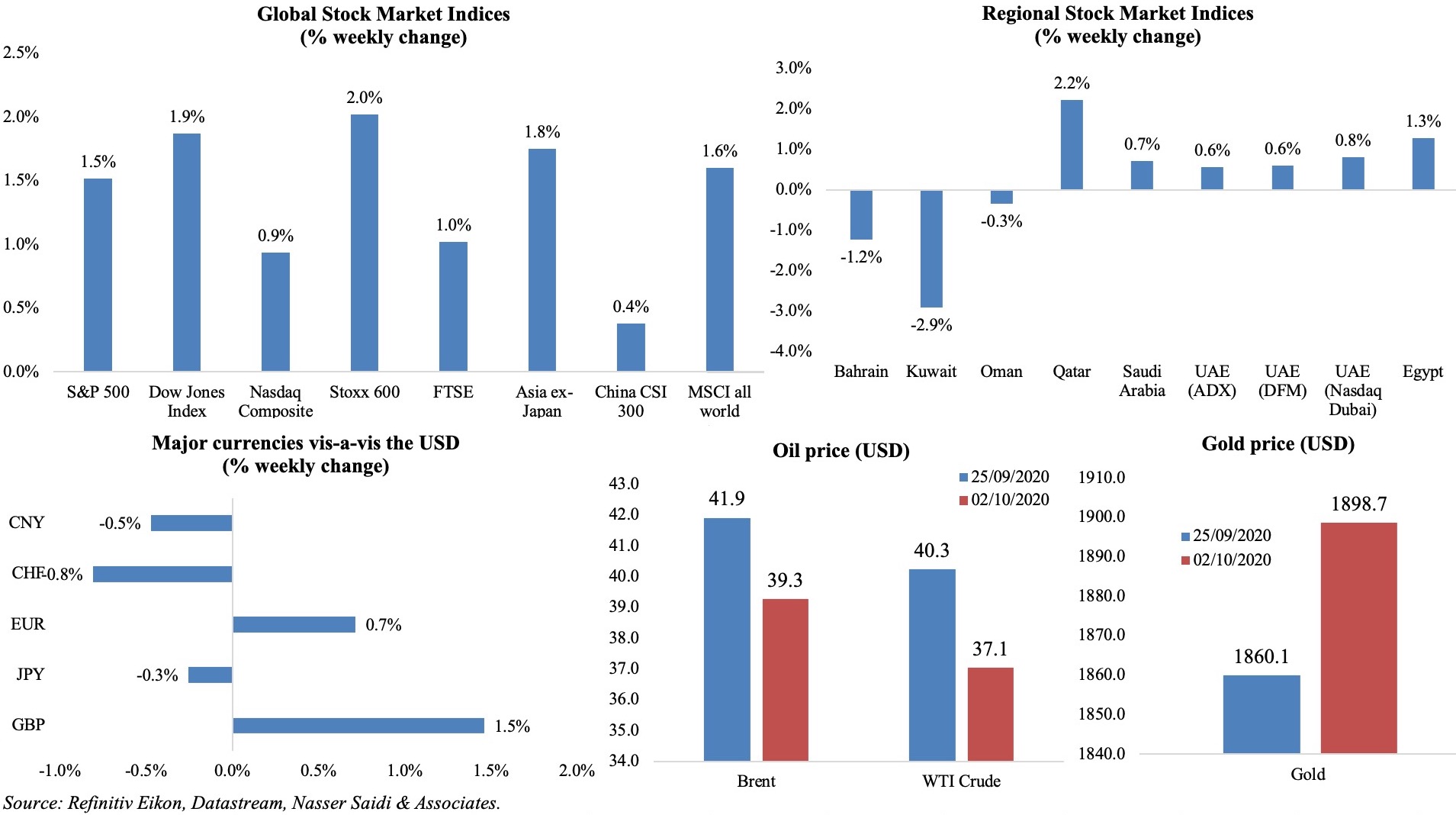 Bottom line: Global manufacturing PMI rose to a 25-month high of 52.3 in Sep, supported by new order intakes (quickest pace in almost 2.5 years) and expansions in new export business (for the 1st time since May 2018). Interestingly, this rise in export orders has yet to translate into air cargo demand, though ocean container throughputs and global trade have improved. Covid19 cases are rising, with record daily numbers reported in France, UK and others, so it remains to be seen if the manufacturing momentum continues. There is already a clear divergence between services and manufacturing PMI numbers, given the strain of social distancing policies on the former. Separately, Brexit negotiations are in its last stretch: the two sides agreed on Sat (Oct 3rd) that there was enough common ground to aim for a final settlement, so the uncertainty drags on.

Electric mobility is a game-changer for MENA’s energy and transport sectors
https://blogs.worldbank.org/arabvoices/electric-mobility-game-changer-menas-energy-and-transport-sectors

Why Biden Is Better Than Trump for the Economy: Roubini
https://www.project-syndicate.org/commentary/biden-is-better-than-trump-for-the-economy-by-nouriel-roubini-2020-09

1 in 4 women are considering leaving the workforce or downshifting careers due to Covid19: McKinsey’s Women in the Workplace 2020
https://www.mckinsey.com/featured-insights/diversity-and-inclusion/women-in-the-workplace