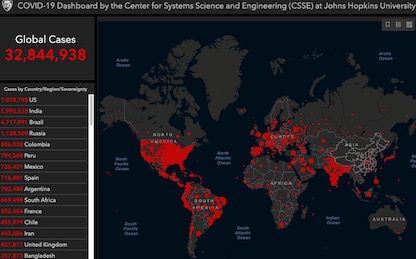 Markets
Stock markets ended in the red in across the globe: in the US, equities fell for a fourth consecutive week in spite of a tech rally, while the resurgence of Covid19 and renewed lockdowns spooked investors in Europe. In the Middle East, most equity markets were down, with the exception of Kuwait and Bahrain. Among currencies, the dollar posted its best weekly performance since Apr while the euro declined, and the yuan jumped higher following the entry of China government bonds into the FTSE Russell’s trillion-dollar World Government Bond Index (WGBI). Gold price ended 4.6% lower – the worst week in more than a month while oil prices were down by more than 2% as slowing global demand continues to be a worry. 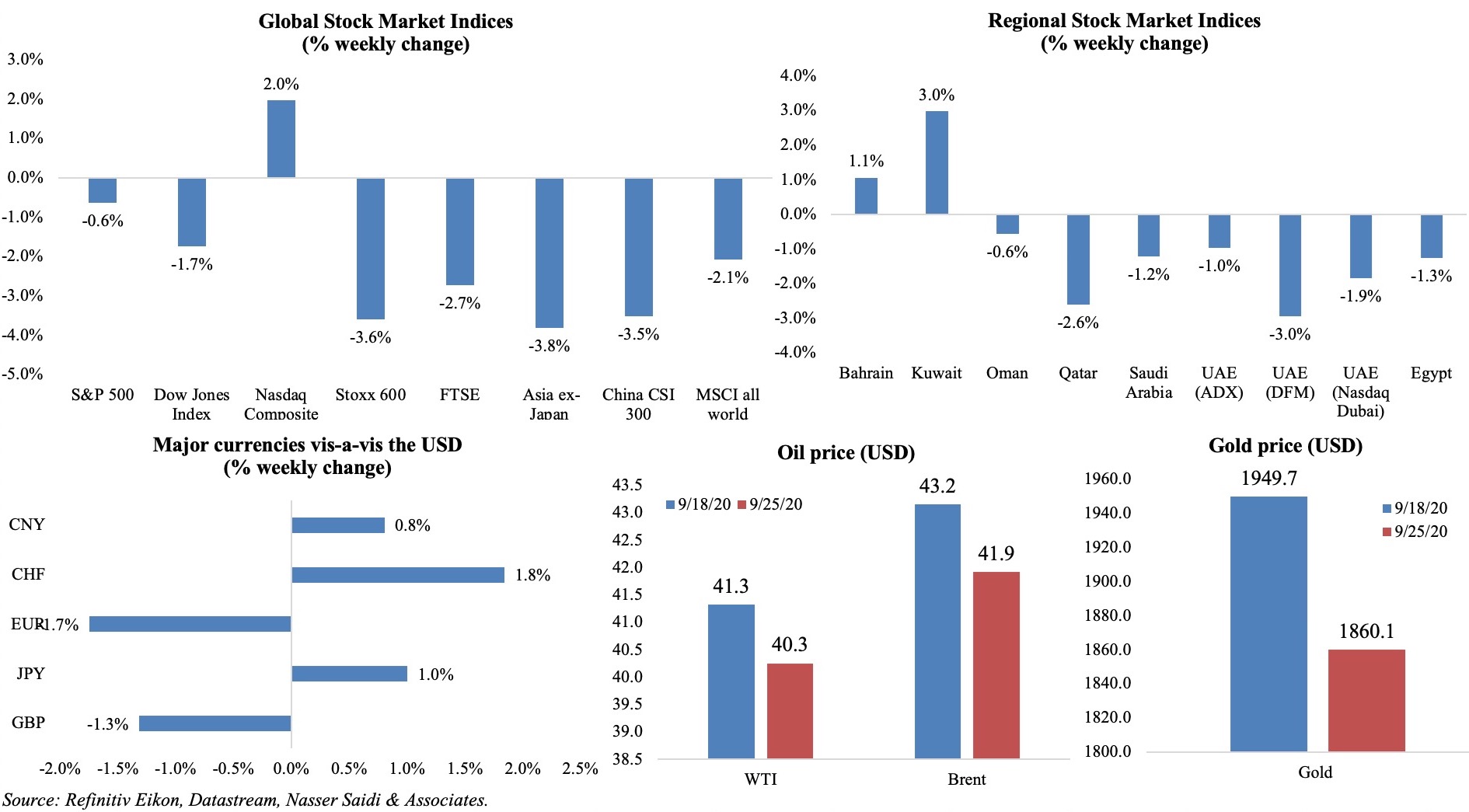 Bottom line: Q3 is drawing to an end, and there are many “events” to look forward to in Q4: round of Brexit negotiations wrap up in early Oct and an agreement needs to be in place by the EU leaders’ summit on 15 Oct, US elections in Nov (a Supreme Court nomination beforehand, and a not-so-peaceful transition should Biden win) and maybe a potential vaccine for Covid19 (cases continue to surge and new record highs are being hit in many nations leading to renewed restrictions and additional stimulus). Separately, as countries adjust to Covid19 repercussions, the G20 has called for an extension of the bilateral debt relied initiative for the poorest nations; the initiative has so far helped 43 nations defer USD 5bn in official debt service payments, but risk of defaults (foreign and domestic) loom large. Asia, especially China, seems to be on the road to recovery and export order numbers from PMI are showing signs of a revival: it was not surprising therefore that the latest WTO trade data shows Asia to be relatively less affected in Q2 (-7% yoy) as global trade value dipped by 21% yoy.

Digital Solutions for Small Businesses in the Middle East and North Africa
https://blogs.imf.org/2020/09/22/digital-solutions-for-small-businesses-in-the-middle-east-and-north-africa/