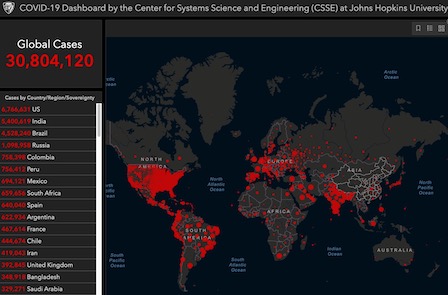 Markets
In a week dominated by central bank meetings and resurgence in Covid19 cases, stock markets closed mostly down. In the US, Fed statements and lack of progress on a potential relief package kept investors concerned, while in the UK it was the BoE announcement alongside higher chances of new lockdowns and the Brexit drama. Asia bucked the trend, as Chinese stocks gained; the MSCI world index posted its first weekly gain in 3 weeks. Regional markets, with the exception of Oman and Abu Dhabi, rose last week. The CNY had its best week in 10 months after economic indicators signaled a recovery. Oil was mixed: it had gained earlier in the week as Saudi Arabia pressed OPEC counterparts to meet output quotas. A weaker dollar supported the gold price record a second consecutive weekly gain. 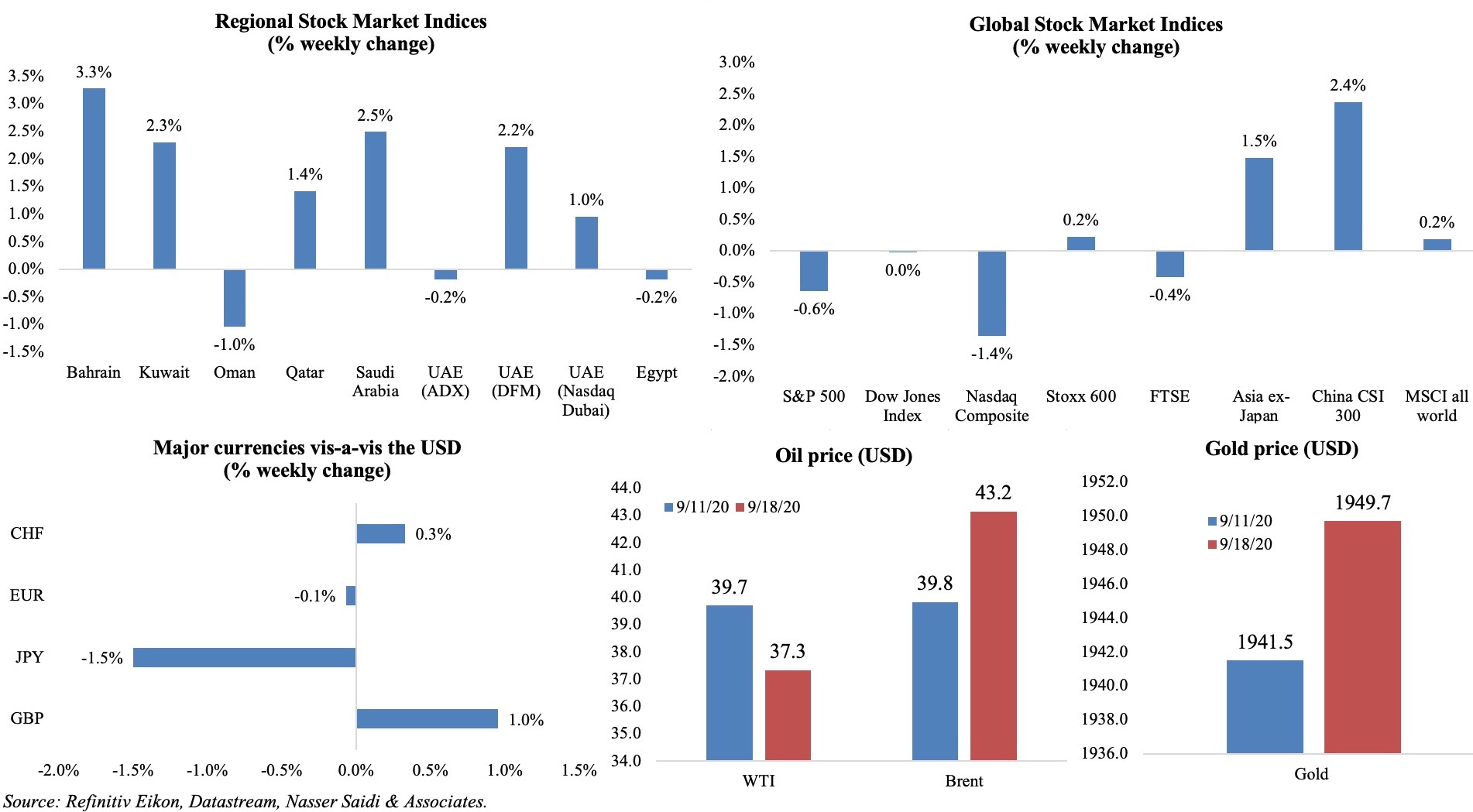 Bottom line: After back-to-back central bank meetings last week, this week China is likely to hold interest rates steady, its economic indicators have been showing a relatively stronger recovery compared to its global counterparts (partly as the virus affected the nation first). With rising daily infections in some European nations, calls for a second lockdown are getting stronger; Israel and parts of Madrid are already in lockdown. However, there are some signs of “relative” recovery: WTO’s services trade barometer shows resilience in some sectors, as well as a pickup in container traffic.

Dubai May Be as Indebted as South Africa If S&P Proves Right
https://www.bloomberg.com/amp/news/articles/2020-09-17/dubai-may-be-as-indebted-as-south-africa-if-dissenters-are-right