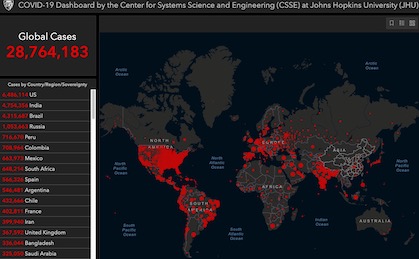 Markets
Markets were down in the US after a relief package was voted down on Thurs; in Europe, the FTSE finished 4% above compared to a week ago (partly thanks to the weaker pound and the UK-Japan trade deal) and Stoxx closed higher supported by a rebound in the tech and telecom sectors mid-week. I; in Asia, Chinese shares posted the biggest weekly drop in 8 weeks as US tensions rise. Regionally markets were mostly down, given weak oil prices and losses in financial shares, with the exception of Saudi Arabia. Among currencies, the sterling tumbled by 3.7% vis-à-vis the dollar given Brexit worries while the euro strengthened after comments from the ECB. Oil prices had a volatile week, with concerns about weak demand and crude futures falling below USD 40 a barrel for the first time since Jun; gold prices were up. 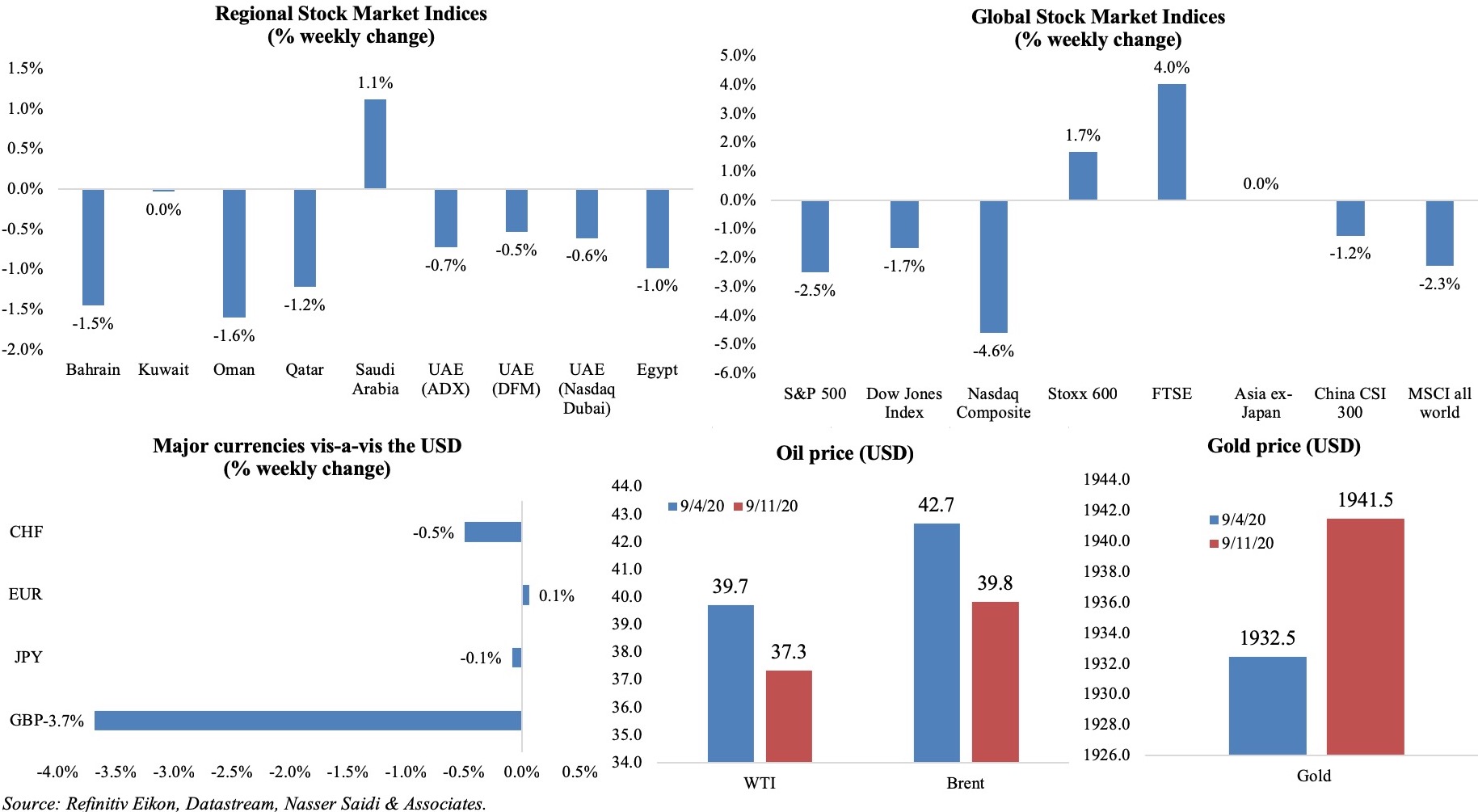 Bottom line: Even as Covid19 cases continue to surge – India recorded almost 100k cases in 24 hours, US cases rose by the most in a week, Israel (with 4k+ cases daily) is heading for a nationwide second lockdown (expected from this Fri) and Indonesia plans to reinstate a lockdown in Jakarta (from Sep 14) – politics seems to be taking a front seat with the runup to the US elections (latest being Trump’s calls to “decouple” from China) and the ongoing Brexit saga, where UK explicitly stated that it plans to breach parts of the Withdrawal Agreement treaty signed in Jan (clearly breaking international law); one positive move for UK was the signed trade deal with Japan.