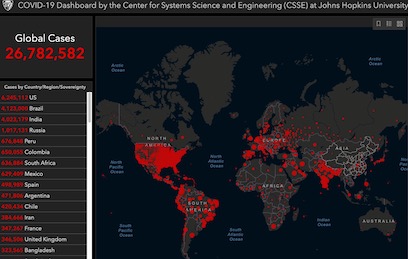 Markets
Most global equity markets were down last week, with the US Nasdaq’s run on technology stocks resulting in its worst weekly performance since Mar, while S&P posted its first weekly loss in 6 weeks. Though European equities ended the week lower, there was increased activity in financial shares on talks of potential mergers; UK markets are jittery, with EU talks set to resume on Sep 8th (and less than a month to the Oct 2 deadline for a deal). Asian markets mirrored the trend, also breaking a 6-week positive streak while in the Middle East, markets were up on positive news (e.g. Dubai’s retirement visa announcement boosted property stocks, Saudi CMA allowing foreign investors to invest directly in debt instruments supported the market). The dollar recovered from 2-year lows touched earlier, while the euro continued to decline: it hit USD 1.2 for the first time since 2018. Oil prices weakened on demand recovery concerns and gold prices dipped by 1.7%. 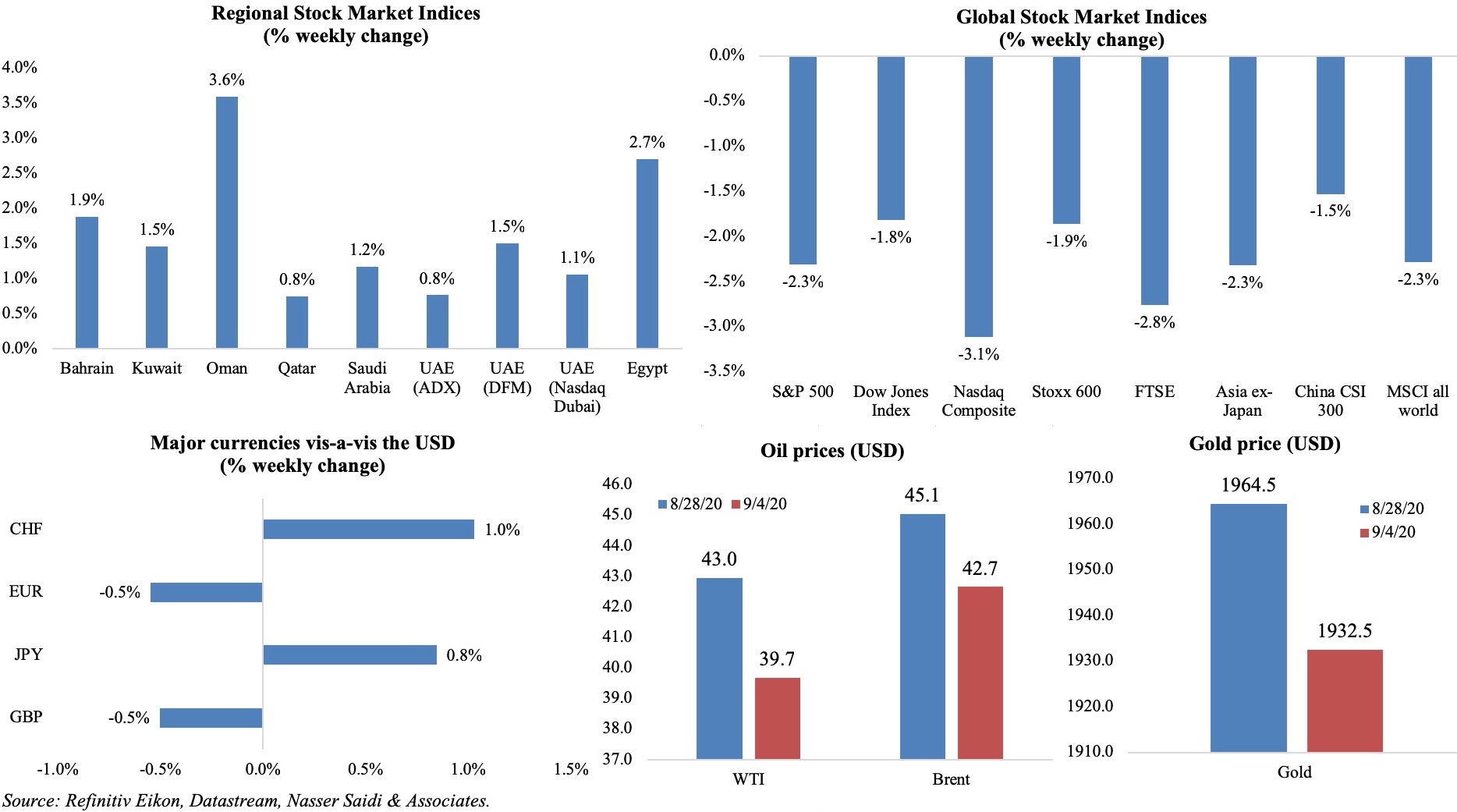 Bottom line: Last week saw a barrage of Aug PMI numbers: global manufacturing PMI reached its highest in 21 months (51.8 from Jul’s 50.6), as output and new orders rose at the fastest rates since Apr and Jun respectively, while export demand stabilised. The individual country numbers indicate that in many cases export demand has not recovered as much as domestic demand (post lockdowns). Recovery is choppy, with surges in Covid19 cases and restricted lockdowns (in a few places). Though PMIs have shown some improvement, the impact might be hampered by rising unemployment, subdued international demand alongside overall economic and health uncertainty. As in a first-in first-out model, China continues to outperform its global peers in terms of recovery (be it PMI numbers or GDP). Even in the IIF’s latest capital flows to emerging markets securities data, while overall flows fell more than 86% mom to USD 2.1bn in Aug, flows into China increased marginally by USD 600mn.