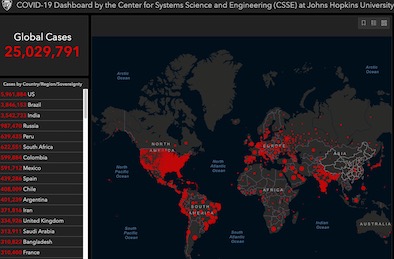 Markets
US stocks rallied, supported by tech stocks and the Dow close to an all-time high. European stocks recovered from earlier losses and ended the week up 1% and the MSCI global index gained, after setting intraday highs. In Japan, stocks fell on the announcement of the PM’s resignation and the yen strengthened (biggest one-day jump since Mar). In the region, markets remained upbeat, with Oman gaining the most. The dollar weakened, approaching lows previously seen in May 2018 while euro gained (forex rates year-to-date 2020: tmsnrt.rs/2egbfVh). Oil prices picked up on fears of damage from Hurricane Laura, but subsided after the storm passed through with minimal damage; gold price increased by 1.3%. 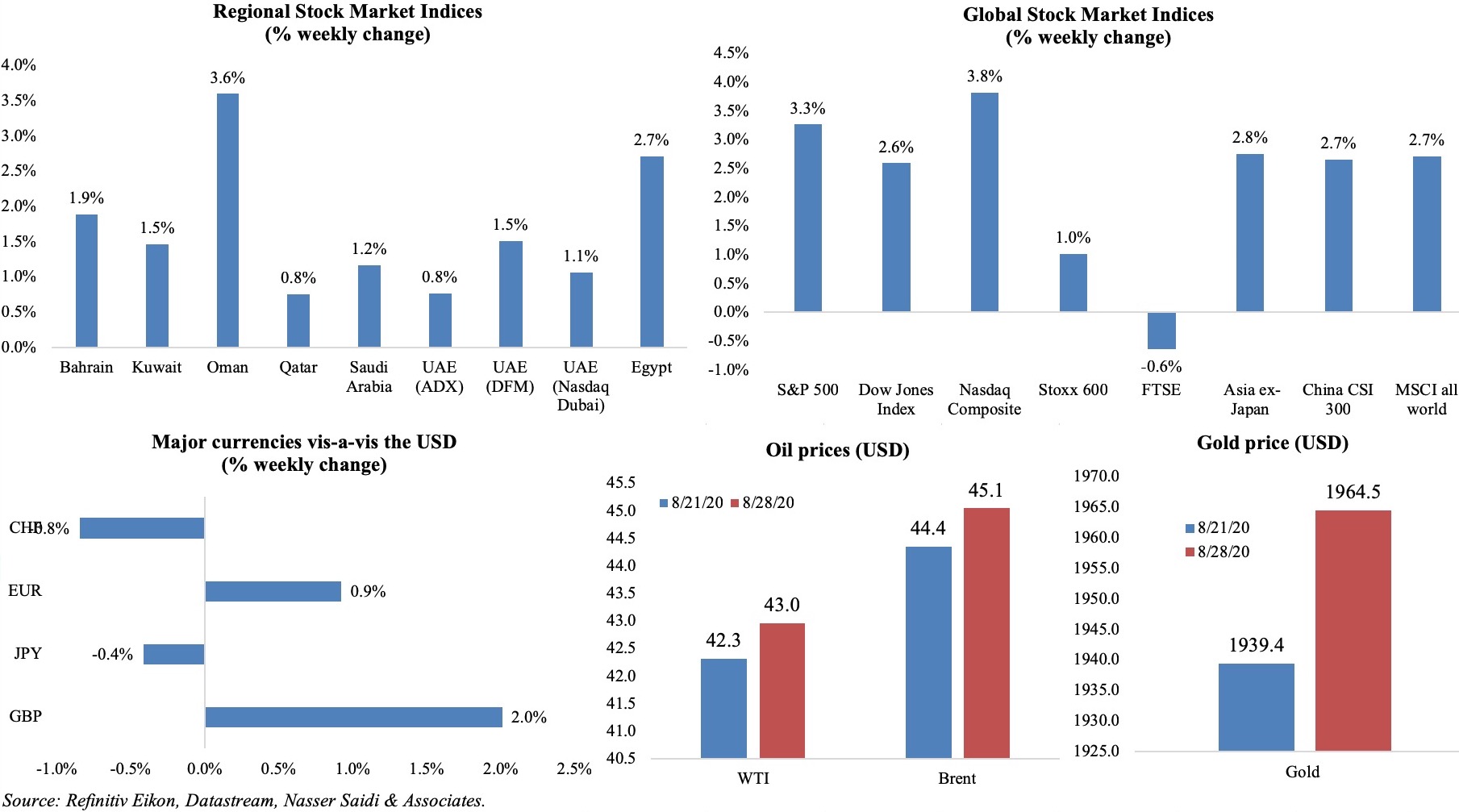 Bottom line: The Fed’s strategy change, and Japanese PM’s resignation were major news affecting markets last week. The market-economy divide continues unabated (especially evident in the US where weekly jobless claims are still above 1mn) while repercussions of the Covid19 outbreak are becoming evident in the latest global Q2 GDP numbers – Turkey and Brazil Q2 GDP numbers will be out this week, as well as some PMI numbers. Meanwhile, according to the Netherlands CPB World Trade Monitor, global trade rebounded in Jun: up 7.6% mom, it was the fastest monthly increase (as demand picked up) since records began in Jan 2000. Though, the current resurgence in cases (taking total confirmed cases to above 25mn) is likely to subdue activity again, including trade (where volumes are still way below the pre-pandemic levels).

Media Review
How important is the dollar for global trade?
https://www.economist.com/schools-brief/2020/08/29/global-trades-dependence-on-dollars-lessens-its-benefits
Leave public debt worries for another day
https://www.ft.com/content/691cb9f4-b53d-4429-bba4-03ca623c0077
How will business behave in the New Normal?
https://www8.gsb.columbia.edu/articles/ideas-work/how-will-business-behave-new-normal
Forget other models. Aramco should carry on being … Aramco
https://www.arabnews.com/node/1725651
Can Lebanon avoid the Venezuela meltdown scenario?
https://www.arabnews.com/node/1724021/business-economy
Nasser Saidi’s article in AnNahar: A Practical Plan to Rescue Lebanon; Time to Uproot Corruption (Arabic)
https://bit.ly/32x0WCm