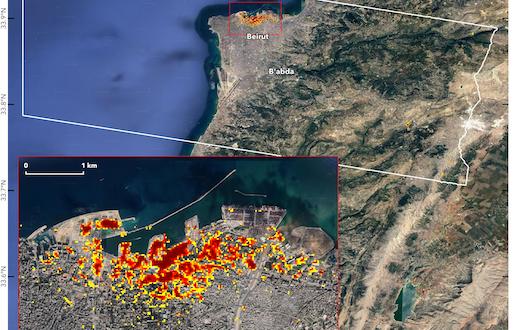 Dr. Nasser Saidi’s comments appeared in the Bloomberg article titled “Lebanon’s Deepening Economic Crisis Laid Bare by Beirut Blast“, published 13th August 2020.
Comments are posted below:
With talks at an impasse and the nation locked out of international debt markets, Lebanon’s central bank began printing money with abandon, causing the value of the currency to plunge further and igniting inflation, which neared an annualized 90% in June. “We are heading the way of Venezuela,” says Nasser Saidi, a former economy minister.
Prices in the import-dependent nation—including those for food staples, which had soared 250% in the 12 months to June—are no doubt headed higher as a result of the blast, which damaged the country’s main grain silo and other infrastructure vital to commerce. Saidi estimates the country’s imports will drop by more than 70% this year.
The ruling class “has to be removed. They have to resign and go away. If they don’t go, we will get increasing violence in the street,” says Saidi, the former economy minister. “To do this we need sustained international pressure, from Macron, from others, and if necessary sanctions—international sanctions at the personal level that hit these people where it hurts.”
Saidi’s comparison to Venezuela is apt. There, the divided opposition has been unable to unseat a government that’s driven the economy of the petroleum-rich nation into the ground. In Lebanon, opposition forces have yet to conceive a viable alternative to the sectarian quota system.