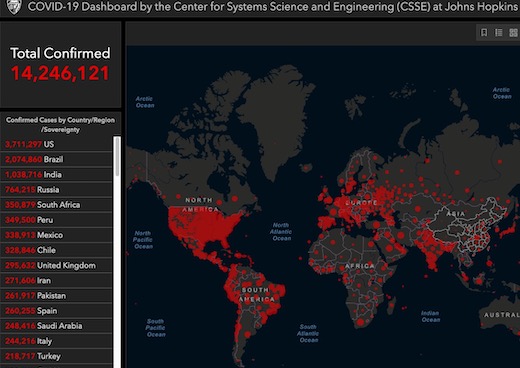 Stock markets across the globe posted gains – S&P 500, Stoxx 600, FTSE 100, MSCI all world index – on expectations of further government stimulus as Covid19 confirmed cases continue to rise. Regional markets were mostly down, with Egypt’s shares dropped to a 6-week low on Thurs. Safe haven assets were supported through the week: yields on 10-year German bunds rose slightly and gold prices gained for a 6th consecutive week. The pound was down 0.4% on weak economic data while euro rose to just under four-month highs. Both WTI and Brent oil prices edged lower. (Graphs in the last section.)

Bottom line: Total Covid19 confirmed cases have crossed 14mn, after posting a record single-day rise in new infections worldwide. Our World in Data calculations indicate that while it took the world 88 days to confirm the first 2mn cases, the latest jump from 12 to 14mn took just 9 days! With some initial Covid19 benefits set to expire this month, expectations remain high for further stimulus measures to support the global economy, though the EU recovery fund discussions remain deadlocked. The IMF disclosed that SME bankruptcies could rise to 12% this year from 4% pre-pandemic, based on a sample of 17 nations. The poorest nations will bear the maximum brunt: the G20 disclosed that 42 countries have requested deferring payments worth USD 5.3bn (of which USD 2bn will be deferred by China alone), falling short of World Bank data which show that debt suspension could postpone payments worth USD 11.5bn this year. Separately, the IIF reported that debt-to-GDP ratio jumped by over 10ppts – the largest quarterly surge on record – to reach a record 331% in Q1.

Uzbekistan is offering $3,000 to anyone who gets Covid19 during a visit to the country

As Seasonal Rains Fall, Dispute Over Nile Dam Rushes Toward a Reckoning 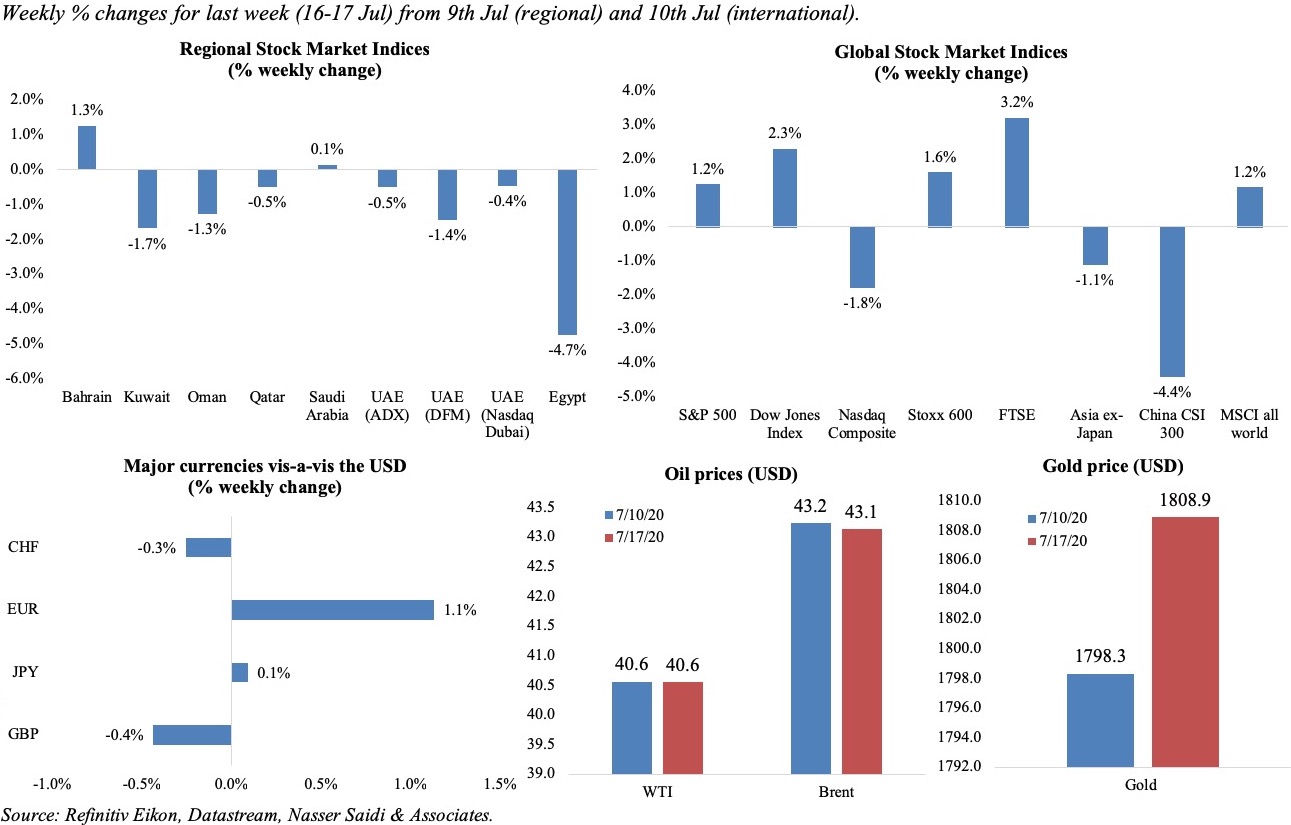