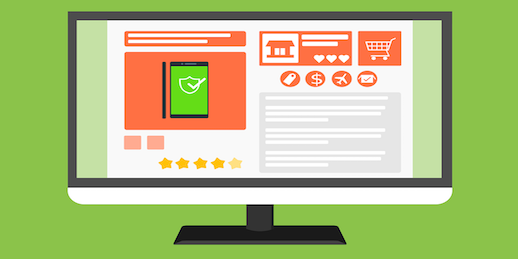 Dr. Nasser Saidi’s comments appeared in The National’s article titled “Will the ‘Amazon effect’ take hold in the Middle East?”, on September 5, 2018. The full article is copied below (comments highlighted) and can be accessed here.

Will the ‘Amazon effect’ take hold in the Middle East?

With the rise of e-commerce keeping a lid on prices and inflation in the US, consumers may benefit in this region too

More frequent price changes for consumer goods in the United States along with increasing consistency in pricing due to the rapid growth of online retailers may be affecting inflation, a recent academic paper found.
But is the so-called “Amazon effect” also impacting the Middle East?
“Not yet,” says Nasser Saidi, the former chief economist of Dubai International Financial Centre. “Even the effect in the United States is a relatively recent phenomenon because of the scale of e-commerce and big companies like Amazon and eBay going into the retail sector.”
The US academic paper on the topic was written by Alberto Cavallo, an associate professor at Harvard Business School, who analysed how multi-channel retailers – those with brick-and-mortar and online outlets, such as Walmart – have reacted to the rise of Amazon. It found the Amazon effect was not only keeping prices low due to the higher volume of e-commerce platforms, but that traditional retailers had become more nimble on price, changing them more frequently and offering more consistency for the same items across different locations.
The study went one step further, indicating that Amazon’s ability to keep a lid on prices was also contributing to the low levels of US inflation seen in recent years.
Analysts say it will take time for a similar trend to happen in this region, mainly because pricing in this part of the world is handled very differently.
“The Amazon effect won’t happen here for some time because there needs to be a whole piece of work done here on pricing in general,” says Louise Conroy, general manager, e-commerce and digital, at Sun and Sand Sports, a UAE medium-to-large sports and lifestyle e-tailer. “The reason retail has suffered here is because it has not fallen in line with European, UK or US prices,”
Ms Conroy says brands have a different mark-up per region with UAE consumers charged more because market research has indicated that shoppers are more affluent.
“That illusion has now been shattered by the growth of e-commerce in this region because people can now see what others are paying for the same product in other markets. And with the freedom to ship across borders, consumers are starting to buy from overseas, so it was affecting local businesses.”