‘Solar energy will be as ubiquitous as a smartphone’: Interview for Vision.ae, Feb 2017 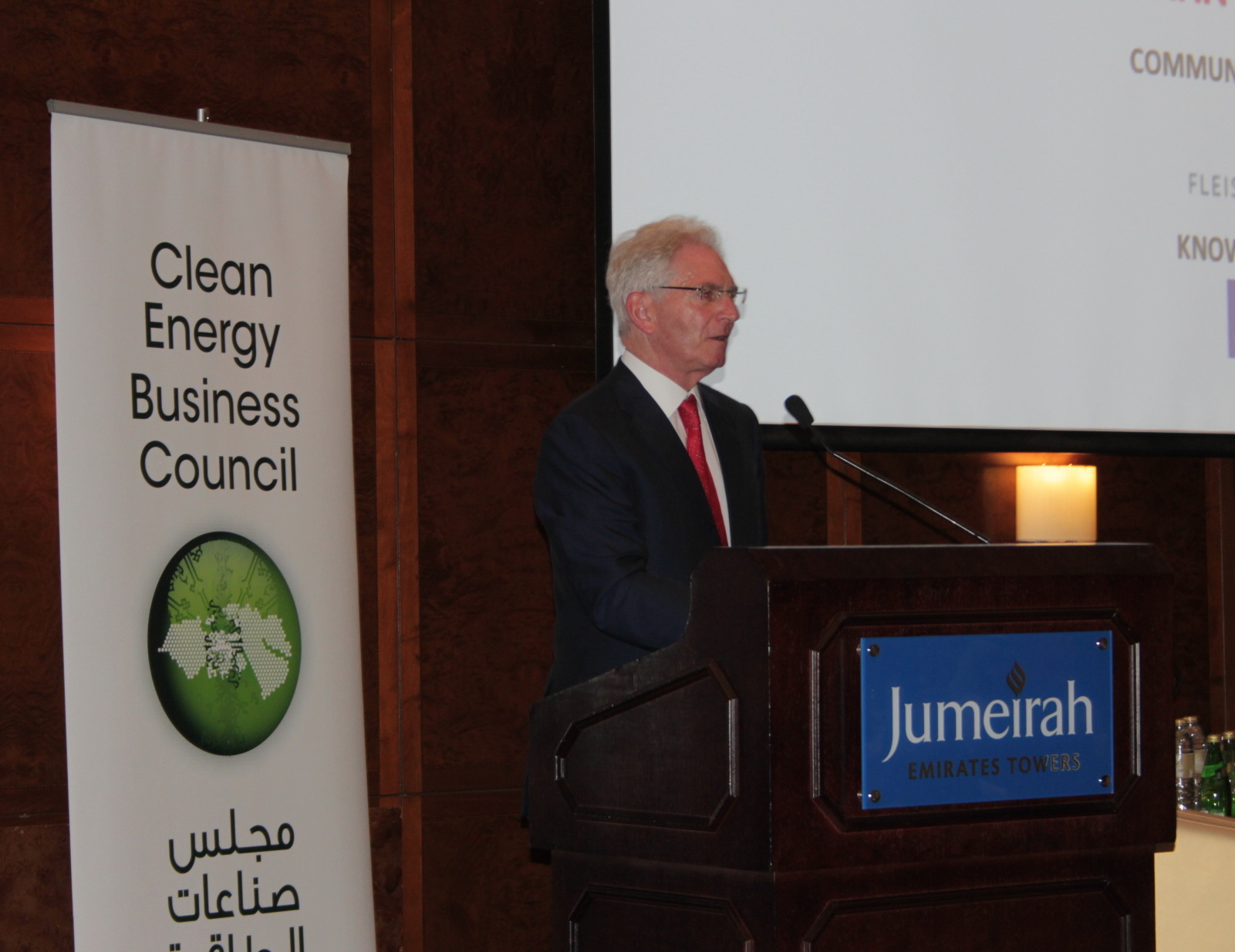 The article below first appeared on Vision.ae and can be accessed here.

The Chairman of the Clean Energy Business Council discusses the innovations that will enable UAE to achieve ambitious clean energy targets by 2050
Clean energy – often derided by cynical, short-termist politicians as an expensive luxury – deserves a bold visionary to trumpet how its natural resources such as sunlight, wind, water, biofuel and geothermal heat can stall climate change and save the world.
Dr. Nasser Saidi, the Chairman of the Clean Energy Business Council (CEBC) has plenty of plausible, expansive ideas that reject the usual hyperbolic rhetoric, and favours a far more pragmatic approach. Solar energy has the potential to be as fundamental as smartphones, he says. On-demand energy distribution could someday replace the outmoded grid model.
“Consider the rapid technological developments in the space of energy, especially renewables such as solar hydro, wind, for example,” says Dr. Saidi. “These advances have yielded major cost-saving implications, making clean energy an increasingly competitive alternative to fossil fuels. The day will come when solar energy is as ubiquitous as a smartphone.”
Of course, affordability is the key to unlocking mass-market support, and the former Chief Economist of the Dubai international Financial Centre (DIFC) believes it is price and not conscience that will be the motivating factor. “Consumer education campaigns have their merit, but at best they only nudge people along. First and foremost, cost is a fundamental influencer of consumer behaviour”, he says. “When the UAE government started reducing the petrol price subsidy, it automatically had a trickle effect on people’s commuting and vehicle purchase decisions – price incentives for the population is the only sure-fire way to effect change.
“The day will soon come when we adopt an on-demand energy distribution model. You won’t need a grid anymore. The grid system is both expensive and laborious to design and maintain and involves some loss of energy in the course of distribution.”
The UAE is determined to save every last precious drop of energy, and the numbers indicate how serious His Highness Sheikh Mohammed Bin Rashid Al Maktoum, the Vice President and Prime Minister of the UAE and Ruler of Dubai, is in launching the Dubai Clean Energy Strategy 2050. AED100bn for its Green Fund, AED50bn for phase two operations of the Mohammed bin Rashid Al Maktoum Solar Park – the largest single-site solar park in the world, and the DEWA Innovation Centre, which houses a group of research and development laboratories in the clean-energy arena, has also been awarded AED50bn for its forward-thinking work.
Sheikh Mohammed was unequivocal that the 2050 strategy will “provide 75 per cent of the emirate’s energy through clean energy sources by 2050, reflecting our commitment to establish a sustainable model in energy conservation, which can be exported to the whole world, and support economic growth without damaging the environment and natural resources.” His goal? “To become the city with the smallest carbon footprint in the world by 2050”, he says.
The Minister of Energy Suhail Al Mazroui is certainly confident the plan is still on track, reiterating at the World Future Energy Summit (WFES) in Abu Dhabi in January that by 2050, 44 per cent of the country’s installed power capacity will come from renewable energy, 6 per cent from nuclear energy, 38 per cent from green gas and 12 per cent from clean coal.
“It comes down to one thing”, says Dr. Saidi. “Leadership. The leaders of the UAE have shown great wisdom and foresight, thinking beyond mere electoral cycles and individual legacies and looking to build a nation that will sustain generations to come 50 years down the road”, he says.
Saidi, who held ministerial and leadership roles in his home country of Lebanon, has in recent years lent his expertise to game changing businesses poised to reshape entire sectors, including acting as Deputy Chairman to the Dubai-based Eureeca, a global equity crowd funding platform.
The CEBC, founded by Dr. Saidi during his tenure at DIFC, has played a pivotal role in forging a public-private partnership, together with institutional members such as Dow Chemical and GE, to shape and implement a new clean energy mandate. This approach has also most recently been mirrored by an UN-backed, Dubai organisation, the World Green Economy Organisation, to help private sector firms in the UAE go green, and emphasised by Al Mazroui’s comments at the WFES that all future investments for both renewable and conventional power plants will require about US190bn of investment from private investors.
This collective approach, says Dr. Saidi, is imperative if the UAE is to move towards not only 100 per cent clean energy adoption but to reduce net energy consumption overall. “We need a new legislative and urban framework to enable the private production of energy. Individual households should be able to easily and cheaply manufacture clean energy on-demand and also sell off unused energy units, a common practice in some countries in the West.”