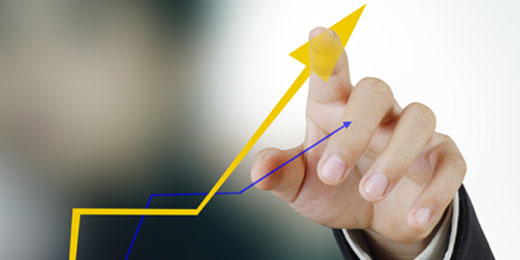 In July stock markets posted solid gains and in the first week of August Wall Street touched new highs on the back of stellar job market figures. However in Europe bourses were less sanguine and in Japan stock prices ended the week lower despite yet another set of Abenomics measures. Going forward, it is unlikely that investors will take up risk. After six consecutive quarters of earnings declines since Q3 2014 further downward revisions are worse than expected this quarter. The largest regional markets KSA and UAE were in negative territory, but the others advanced with Egypt the top performer on expectations of an IMF loan agreement. In currency markets the JPY touched a 3-month high on the announcement of the new economic package, while the GBP sunk after the BoE lowered its reference rate. Oil prices regained some lost ground, while gold continued to lose appeal.

Bottom line: The resilience of the US job market injects a much needed dose of optimism in the prospects for global growth, despite the uneasy feeling over the next Presidential election. Elsewhere, especially in Europe, data appear weaker even before the consequences of Brexit materialize. In Japan another bout of government spending is unlikely to be more successful than the previous ones, while China shows timid signs of stabilization.

Media Review
A glimpse from the US on the convulsions in Turkey
http://rodrik.typepad.com/dani_rodriks_weblog/2016/07/is-the-us-behind-fethullah-gulen.html
In depth analysis of US GDP numbers and revisions
http://seekingalpha.com/article/3993499-rough-gdp
The economist who inspires Trump
http://www.bloomberg.com/view/articles/2016-08-01/peter-navarro-is-the-economist-whose-ideas-guide-trump
Another month, another Abenomics plan
http://www.bloomberg.com/view/articles/2016-08-02/how-to-make-japan-s-new-fiscal-plan-work
India’s GST
http://www.bbc.com/news/world-asia-india-36950205
http://www.bloomberg.com/news/articles/2016-08-02/what-s-the-big-deal-about-india-s-goods-and-services-tax-q-a
Saudi reform plan may stifle economy in short-term
https://www.zawya.com/mena/en/story/Saudi_reform_plan_may_stifle_economy_in_shortterm-ZAWYA20160801064012/
SAMA and funding to banks
http://www.reuters.com/article/saudi-banks-funding-idUSL8N1AI4JZ