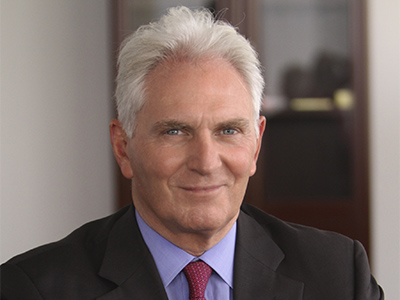 This article was published in the print edition of Gulf News dated 15 Dec 2015 and is available online here.

Even as governments seize on its importance, the private sector needs to make a move

This has been a year of agony and ecstasy for the energy industry. The global oil glut has captured most of the headlines, but oil’s economic gloom has been driving a future energy investment dialogue that promises to shape new energy markets and regional economies.
In many ways it has been a tipping point for the future of renewables in the Middle East and North Africa, and a catalyst for accelerated clean energy development. The oil market adjustments have been jarring, and may well be prolonged.
The new supply driven oil market has sent oil’s value into a free-fall that is predicted to result in a $287 billion (Dh1.05 trillion) loss in oil exports or about 21 per cent of the combined GDP for GCC suppliers. The turmoil has sparked discussions over fiscal reform, aimed at aligning the real cost of energy production with the price paid for energy usage — removing subsidies and lowering the burden on state budgets while identifying new sources of energy supply such as renewables.
What policy reforms also do (such as UAE’s deregulation of fuel prices) is positively impact consumption habits and therefore the environment. At a time when climate is high on the political and social agenda, policies that modify wasteful domestic habits cannot be overlooked.
The UAE has been steadfast in its commitment to the climate. In October, it submitted its Intended Nationally Determined Contribution (INDC) to the UN that set a target of increasing clean energy contribution to the total energy mix from 0.2 per cent in 2014, to 24 per cent by 2021. This was against the backdrop of a recent study by the Massachusetts Institute of Technology that warned of regional catastrophe and ‘heatwaves beyond the limit of human survival’ in the GCC by 2070 should global warming continue unabated.
It was another shot in the arm for the clean energy industry, but its importance to the long term stability of the environment has never been in question. Now, renewable energy is more than just the answer to climate change. What has changed over the last 12 months is that the economics of new energy in many parts of the region represent a cost competitive source of new power supply.
And that has been the true driver of action among the investment and business communities in the region.
So much so, the declining cost of solar technology is making the region’s enduring resource — sunshine — a commercially viable commodity, and a cost-efficient source of new power generation. Solar PV will be at grid parity in 80 per cent of countries in the next two years and it is already the cheapest form of new power generation in UAE according to IRENA.
The opportunity must be grasped while the momentum exists in the knowledge that there is no trade-off between decarbonisation and economic growth.
This year started with a deal that saw Acwa Power and TSK secure a contract to develop a 100 Megawatt (Mw) solar project at the Al Maktoum Solar Park, at a record low cost of $5.98 per MWh, the cheapest solar in the world. That deal changed the perceived view of solar energy as an expensive socially responsible activity, to now being the smart long-term economic decision for governments in desperate need to secure energy supply as demand grows while liberating hydrocarbons for global markets and reducing emissions.
What has followed has been a year of investment pledges and technology commitments. In February ADNOC confirmed its groundbreaking Carbon Capture, Usage and Storage project remained on track. Later that month, the UAE made a commitment to invest $35 billion to diversify its energy sources and reduce its dependence on natural gas imports for power generation.
More recently the Dubai leadership pledged Dh100 billion ($27.2 billion) to a Green Fund that will provide easy loans for investors in the field and ignite a wave of new investment activity. At the same time, the Dewa Innovation Centre was inaugurated, designed to incubate laboratories in the field of clean energy with a total investment of Dh500 million ($130.7 million).
Another way for the GCC to transform energy investment while reducing fuel consumption and diversify revenue is to introduce a carbon tax. It is usually defined as a tax based on GHG emissions generated from burning fuels; this would increase fuel efficiency and sharply reduce the carbon emissions that are driving global warming.
A carbon tax creates incentives for energy consumers to use cleaner fuels and adopt new clean technologies, thereby reducing the amount they pay in carbon tax.
All are promising developments, but what has been missing are the necessary policy reforms that would support a greater share of participation from the private sector in the GCC, a region with pledged renewable energy targets of more than 100GW by 2030. Morocco and Egypt are both firmly on the global hotlist for renewable energy activity among the private sector, thanks to attractive regulatory policy changes that have sparked a flurry of new projects. The Gulf countries must follow that lead to positively move the dial on grid-connected renewables in the next five years.
It is connecting those parallel worlds of regional policy, finance and business that our recent Clean Energy Forum debate in Dubai facilitated. Now, more than ever the economic and political communities must join the dots to successfully scale up the pace of renewable energy deployment.
The environment has been counting on it for some time. Now, our economies need it too.