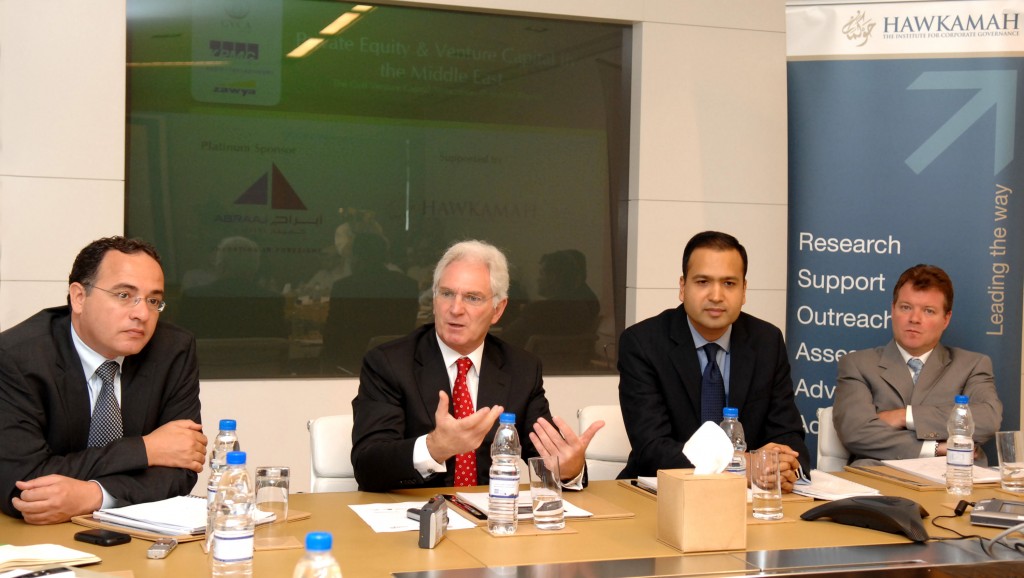 However, private equity firms in the Middle East and North Africa raised $1.25 billion in the first quarter of 2010, an 18% percent increase over all of 2009, as regional economies recovered and investor appetite returned.

It is estimated that up to USD 10 billion committed to Private Equity funds remains not invested, although some funds are expected to release their investors from their future commitments.

Imad Ghandour, Chairman of GVCA’s Information Committee stated: “Private equity has regained its positive momentum despite the results of 2009. The outlook for private equity in 2010 and beyond remains positive as the economic fundamentals of the region have not changed. The story in the region continues to remain one of growth and economic stability, and private equity funds will have ample opportunities to invest profitably in the coming few years.”

Fund managers also changed their investment strategies and focused more on sectors that exhibited high growth and stability, and were immune to changes in the economic cycle, such as healthcare, education, transport, and utilities. The report also states that venture capital received significant attention in 2009; 7 transactions estimated at US$25 million were closed, a substantial increase over previous years.

“It is encouraging to see that private equity investors are getting back to basics by channeling much needed funds into parts of the economy that received little attention during the boom years. Investing in sectors that serve the needs of the masses, for example healthcare, education and utilities, is important for the common prosperity of the region,” said Ihsan Jawad, CEO, Zawya. “The other positive news from our findings is concrete evidence of the Venture Capital part of the industry gaining momentum. Judging from this, I would say the industry had a turning point in 2009.”

Commenting on the recent improvement in market sentiment, Vikas Papriwal, KPMG’s UAE Country Head of Private Equity and Sovereign Wealth Funds, said “We have undoubtedly seen an increase in activity in the market.  In the second quarter of 2010, opportunistic investors have been actively looking at transactions in a number of sectors.  From virtually no deals throughout 2009 and into the first quarter of 2010, the upturn has been surprisingly fast-paced.  Whether this pace can be maintained remains to be seen but, given the number of sell-side initiated transactions coming into the market, it seems that the opportunities are out there to feed the increased acquisition appetite for the time being.”

The latest GVCA report supported by Hawkamah and with Abraaj Capital as the prime sponsor, aims to encourage transparency in the Middle East private equity market by delving into the major factors affecting private equity investments in the region. The GVCA report derives its data from Zawya’s Private Equity Monitor, which enables members to gauge investor appetite in the Middle East’s private equity industry by assessing how funds perform against each other. For this year’s GVCA report, an online survey was conducted in May of 2010 with 25 regional private equity professionals, including the top General Partners by funds under management. Asked about their opinion regarding the future of private equity in the MENA region, 72% of respondents expected the situation to improve, showing a significant increase compared to 50% who felt optimistic in 2008.

According to Dr. Nasser H. Saidi, Chief Economist and Head of External Relations at the DIFC Authority (DIFCA) and Executive Director of the Hawkamah-Institute for Corporate Governance: “Corporate governance plays a crucial role in the PE industry not only because good governance has a positive effect on company valuation, but also because in most cases, PE funds have limited ability to sell their ownership stakes, and are therefore committed to staying with the company for the medium term. This increases their dependence on good governance, transparency and disclosure in investee companies. Furthermore, in light of the recent financial crisis which largely stemmed from governance failures and malpractices, there now is an increasing emphasis on good corporate governance. We have set-up a PE Corporate Governance Task Force to assist the industry in strengthening its corporate governance and that of its investments”

Ethics, Rebuilding Trust in Finance & Some Lessons from Islamic Finance: Speech at EFICA 2014

This keynote address was given at Ethical Finance Innovation Challenges & Awards (EFICA) 2014, organised

Regulators may be the “new rock stars” but don’t forget the media: The National

[This article by Frank Kane appeared in The National on 18th Feb, 2014. Link to