The markets, both developed and emerging, have stabilized and improved given the better-than-expected earnings season. Across the Gulf all markets closed in the green, with the exception of Bahrain which was slightly down, at -0.3%. Crude oil prices remain under pressure with weakening oil demand, while spot gold prices continued to rise (an alternative safe haven for investment). Interbank rates in the UAE are continuing their fall given the lower Libor rates. 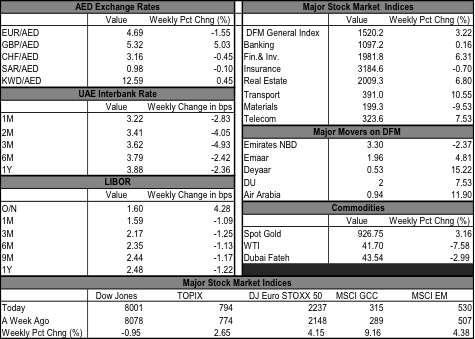