A series of bad news and growing concerns on corporate earnings marked another negative week for stock markets, both in developed and emerging markets. Across the Gulf all markets, with the exception of KSA recorded again heavy losses despite the gains in oil prices. The euro fell on bad economic data and lingering concerns about the public debt of some EMU countries. On the positive side interbank rates in the UAE are continuing their descent in the wake of lower Libor rates and the rate cut by the central bank. 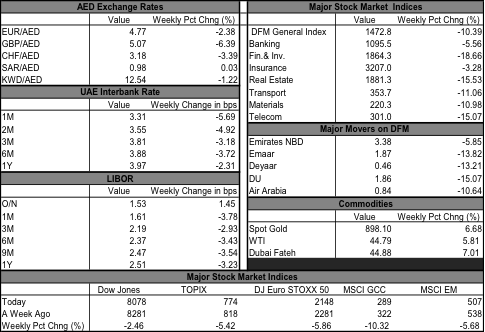