A negative week for world stock markets both in developed and emerging markets which ended the stabilization phase started at the beginning of 2009. Economic conditions worldwide remain weak and a turn around is not in sight. Across the Gulf all markets, with the exception of Bahrain recorded heavy losses. The euro fell on concerns about the public debt sustainability of some EMU members and oil prices remained under pressure. Interbank rates in the UAE are continuing their normalization process in the wake of lower Libor rates. 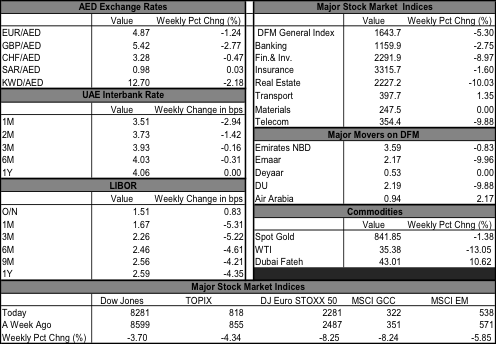