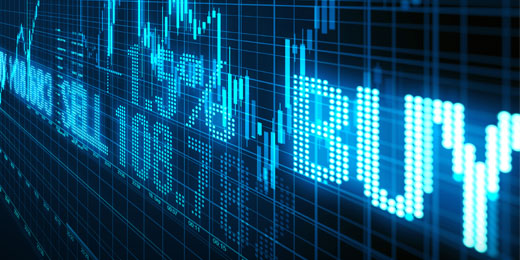 Fears over a trade war that had subsided at the beginning of the week were once again the catalyst of a global equity market drop in mid week. Nevertheless on Friday a stellar US jobs report and news of a direct negotiation between US and North Korea leaders reignited investors’ confidence on Wall Street and in all major bourses and emerging markets, particularly in Asia. Nasdaq touched an all-time high as the tech sector rebounded. Regional markets displayed remarkably diverse performances with Egypt and Saudi benefitting from the bullish mood, while Qatar felt again the consequences of isolation and the rest of the GCC remained on the fence. In currency markets the euro went ballistic in reaction to the removal of QE easing bias, however, as Draghi underscored that inflation is still below target and that further changes to forward guidance were not discussed, the euro retrenched and closed the week almost flat against the dollar. The threat of a trade war lingered over the yen (as well as the Topix) which lost all the ground gained on the dollar since end Feb. The oil market, after three days of losses, surged on Friday in the wake of global optimism. Gold prices on the contrary were almost frozen.

Bottom line: The US jobs report was interpreted by markets as evidence of a continued goldilocks where job creation and growth are ebullient and wage inflation is subdued (average hourly earnings went up by just 0.1% mom and 2.6% yoy). In particular, weaker inflation pressures reinforce traders’ expectations that the US Fed will not tighten monetary policy. But the illusion cannot persist indefinitely. It is true that despite a flare up in volatile components and energy prices, inflation has eluded the central banks’ targets and the risk of overheating seems negligible. But upward factors will materialize in 2018, especially once the US tax cuts display their full effects and Eurozone growth is solid, despite a stronger euro. Politics continues to be a source of instability. The talks between US and North Korea could turn out to be bogus, the terms of the Brexit are as uncertain as ever and in Italy, where anti-system parties won a majority of the votes, the new government will be unstable and ineffective threatening EU cohesion.

Six decades of public spending in the US

Trade relationships are dominated by supply chain that protectionism will destroy